On Wednesday, UFC President Dana White revealed that Israel Adesanya vs. Yoel Romero was a fight that was being worked on. A day later, it’s a fight that is official — and it will headline UFC 248 this March.

ESPN was first to report news that the fight was a done deal. Multiple reports have subsequently confirmed the booking.

Israel Adesanya defeated Robert Whittaker at UFC 243 in October to become the UFC’s undisputed middleweight champion. The win was a part of a Fighter of the Year campaign by Adesanya, who also defeated Anderson Silva and Kelvin Gastelum that calendar year. Following the win over Whittaker, the general consensus was that Adesanya’s first title defense would be against the Brazilian top contender Paulo Costa. However, following a biceps injury to Costa, the fight was put on hold.

Adesanya (18-0) wanted to remain active, however, and talk of facing Costa’s previous opponent Yoel Romero sprang up. Romero and Costa had engaged in one of the most entertaining fights of 2019 at UFC 241, with Costa getting the split decision nod. It was expected that the winner of the fight would be getting a title opportunity, and with Costa on the shelf, it appears that Romero will be getting the shot instead.

At 42 and on a two-fight losing streak, Yoel Romero (13-4) might be seen as an unlikely choice for a title fight. But with Whittaker out of the picture and Paulo Costa hurt, Romero is getting this shot almost by default, and the strength his performances against both Whittaker and Costa, the last two men to defeat him.

Romero is seen as the division’s boogeyman and came up just short against former champ Robert Whittaker twice in the past. With wins over the likes of Luke Rockhold, Chris Weidman, and Lyoto Machida, Romero is one of the best fighters to never hold a UFC title.

The UFC 248 card also features another title fight in the co-main event, that being new strawweight champion Weili Zhang defending against former champion Joanna Jedrzejczyk. However, the card recently took hits, with Robert Whittaker dropping out of his highly-anticipated showdown with Jared Cannonier, and Jeremy Stephens dropping out of his featherweight contest with Calvin Kattar.

UFC 248 takes place March 7, 2020 at the T-Mobile Arena in Las Vegas, Nevada. With the addition of Adesanya vs. Romero, the event now boasts the following match-ups: 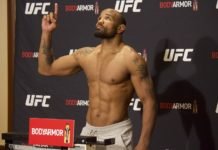 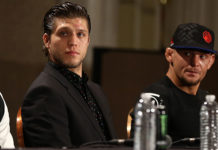 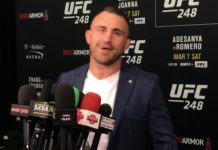