Cage Warriors has announced a total of 13 names for the Indigo at the O2 Arena on March 20, as the promotion returns to London.

Former champion Paddy ‘The Baddy’ Pimblett is set to return to action at Cage Warriors 113: London next March. The match-up comes after a rough stretch in 2019 which saw fights with Donovan Desmae and Joe Giannetti fall through on short notice.

The promotion announced the news Friday via their official website.

Pimblett (14-3) will enter the bout off a 2018 loss to prospect Soren Bak. 2019 was a struggle with canceled fights, and his only real action came in a grappling contest against Stevie Ray. However, over the years, Pimblett has been perfect in London, earning wins over Ashley Grimshaw, Teddy Violet and ‘The Ultimate Fighter’ alum Julian Erosa.

Cage Warriors 113 will mark his first trip to the city in over three years.

Also announced for what looks to be a massive card, flyweight Champion Samir ‘Silverback’ Faiddine will defend his title for the first time. He won the strap after defeating Sam Creasey this past summer at CW106: Night of Champions.

Other additions to the card include Mason ‘The Dragon’ Jones (8-0) and Ireland’s Ian Garry (3-0). Cory McKenna, Sam Creasey and Jamie Richardson will also feature.

“This is one of those cards that everyone on the roster wants a part of,” said Cage Warriors President Graham Boylan in Friday’s press release. “My phone has been blowing up with guys calling up asking for a spot on March 20th. When people look back on our biggest London shows of all time, this one will be part of the conversation, no question.”

Just a day after the Cage Warrior London card, the UFC will hit the O2 Arena. In a neat twist, for a limited time, Cage Warriors London ticket buyers will receive an early access code for UFC London tickets. 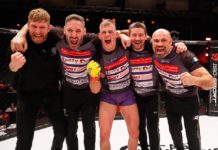 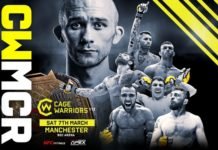 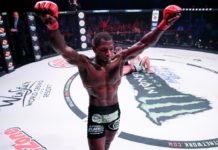