England’s Brendan Loughnane will return on New Year’s Eve at the PFL 2019 Finale.

Brendan Loughnane has his second outing in the PFL set. On Thursday, the MMA promotion announced via press release that Loughnane would return to face Brazil’s David Alex Valente on the league’s New Year’s Eve Championship card.

The event is set to crown winners in all six official PFL weight classes. Loughnane (18-3), a standout who appeared on Dana White’s Contender Series earlier this year, will take on Valente (11-4) in a featured bout that will not serve as part of the tournament. Kicking off the card, the fight will be part of the promotion’s new “New Fighter Showcase.”

The choice by UFC President Dana White remains one of the more puzzling decisions in the show’s history. However, that organization’s loss has been the Professional Fighters League’s gain.

“We’re thrilled to have a fighter of Brendan Loughnane’s caliber on our 2020 roster,” said Peter Murray, CEO of the Professional Fighters League in Thursday’s press release. “Next year Brendan will have the opportunity to fight his way to the championship, the biggest MMA event of the year that is quickly becoming synonymous with New Year’s Eve in New York City, and compete for the featherweight title and million-dollar prize.”

“I’m excited for the opportunity to fight at Madison Square Garden on New Year’s Eve. It’s another chance to show the world what I’m capable of. After I win, my focus will be on returning to this stage and winning that million dollars,” added Loughnane. 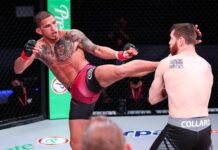 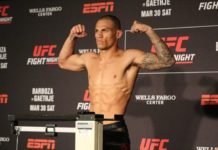 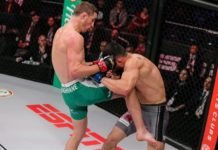