Following the discovery of human remains in Macon County, Alabama, Auburn Police have confirmed that the body of Aniah Blanchard has been positively identified. Blanchard, a 19-year old college student, is the stepdaughter of UFC fighter Walt Harris.

Her disappearance on October 23 led to a lengthy police investigation that has led to a trio of arrests. Sadly, however, there was no happy ending for Blanchard and her family.

“It is with heavy hearts that we announce that the Alabama Department of Forensic Sciences has positively identified the remains as those of Aniah Haley Blanchard,” Auburn Police officials wrote in a statement Wednesday. “At this point, the case will move forward as a homicide investigation, and additional charges are forthcoming.”

“I am heartbroken for the family of Aniah Blanchard,” said Governor Ivey. “Like Alabamians across our state, I was praying for a much different outcome. I will be keeping them in my prayers and ask the people of Alabama to continue to do so as well. During this holiday season, it is easy to get distracted in the hustle and bustle, but I urge us all to remember those that are hurting. I appreciate the diligence of the Auburn Police Division, the Alabama Law Enforcement Agency and the many volunteers who were searching for Aniah. She is indeed loved and will be remembered by us all.”

“Law Enforcement has confirmed to us that it is Aniah that they found,” White wrote on Twitter Wednesday. “I’m devastated to hear this news. I’m heartbroken for Walt and his family. Thank you everyone for the support including the local and state Alabama law enforcement, media, athletes, managers, and fans.”

“My condolences go out to everyone that was touched by Aniah’s story and tried to help bring her home.”

Law Enforcement has confirmed to us that it is Aniah that they found.

I’m devastated to hear this news. I’m heartbroken for Walt and his family. Thank you everyone for the support including the local and state Alabama law enforcement, media, athletes, managers and fans. (1/2) pic.twitter.com/MlWcn3iG2F

Cageside Press sends its own condolences to the family, friends, and all those impacted by the loss of Aniah Blanchard. 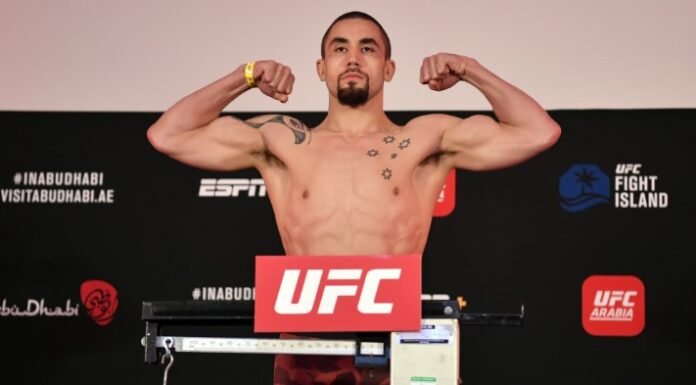