Brave CF 30 takes place in Hyderabad, India on Saturday — leading us to take a look at five Indian fighters to look out for.

Brave has been one of the rising forces in the global MMA scene for some time now. Backed by the might of the Bahraini royal family, the promotion has emerged as one of the largest MMA outfits in the Middle East. On the 23rd of November, the promotion will return to India with its 30th event, Brave CF 30. The card shall take place in the Southern state of Telangana in the city of Hyderabad. This is the second time the promotion has hosted a card there.

The fight card will have multiple local fighters competing throughout the night. Some will be facing fellow Indians, others will lock horns against foreign fighters. A few fighters carry a lot going into this fight. Let’s take a closer look at five to keep an eye on.

A product of Super Fight League, Sekhon enters the fight with a record of 8-3. With his career of over 5 years, he stands as one of the trailblazing fighters of India. This weekend he’ll be placed against the undefeated Hassan Talal. The Iraqi enters the fight with a string of impressive KOs in his fights. Despite being considerably less experienced, he will be the favorite as he has faced considerably better competition than Sekhon in the past few fights. This will be a challenging fight for Sekhon, who currently on a two-fight winning streak.

Regarded as one of the rising Indian prospects, Farhad recently bounced back from a disappointing performance at Brave CF 9 by securing a win at Kumite 1 League. Having not competed on the last Brave card because of an injury, Farhad is battle-ready this time. He is known for delivering powerful knockouts and has gone 7-1 in his last 8 fights. He was supposed to face fellow rising contender Rana Rudra Pratap Singh but now will be facing another Indian fighter, Kushal Vyas. It should be a fun match-up.

Invicta FC fighter Manjit Kolekar might be on a career-low of a two-fight losing streak but she’s still a force to be reckoned with. One of the earliest Indian MMA stars, she stands with a record of 11-3 and has been undefeated in India. She’ll be taking on Italian Samin Kamal Beik. Kolekar enters the fight in a must-win situation. She’s not won an MMA fight since 2017 and hasn’t actively competed in India since then too. She needs this win to stay relevant.

Another product of SFL, Choudhury has risen as a contender only in the past few years. He had a great 2018 where he secured two wins, both coming via knockout. He will be facing English fighter Martin Hudson, who’s currently on a six-fight losing streak. Choudhury will be entering the fight as favorite, while Hudson is the only British fighter on the card.

Once considered as the best Indian fighter, Agasa is currently on a two-fight losing streak. The decorated Judoka, who expanded beyond his home promotion SFL after a successful debut in the promotion Kumite-1-League, has had a lackluster run in the past 11 months. He suffered his first professional loss in late 2018 while making his debut in Brave CF and followed it up with another disappointing performance at UAE Warriors 7. At Brave CF 30 he will be facing Jordan’s Nawras Abzakh, who is coming off a No Contest in his last fight. 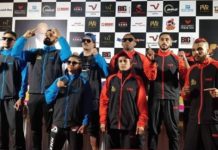 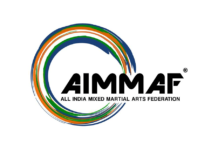