Damian Stasiak and Antun Racic will battle for bantamweight gold at KSW 51 this November in Zagreb, Croatia.

KSW 51 goes down in Croatia this November, the Polish promotion’s debut in the nation. And another first is coming with it: the crowning of the inaugural KSW bantamweight champion. Promotion officials announced the news this week. The bout will see Croatia’s Antun Racic (23-8-1) face Poland’s Damian Stasiak (11-6) with the belt, and history, on the line.

MMA fans should remember Stasiak from his UFC run between 2015 and 2018, during which he went 2-4 with the promotion. After being released on the heels of a three-fight skid last September, Stasiak bounced back with a submission win against Nikolay Kondratuk in his native Poland in April.

He’ll be making his KSW debut when he fights for gold against Racic. The Croatian has been with the organization since 2017, and is 4-0 under its banner.

Also announced Friday, KSW 51 will witness Filip ‘Nitro’ Pejic (14-2-2) fighting at home when he takes on Krzysztof Klaczek (12-6). Pejic competed once for the UFC in 2016, coincidentally losing to Stasiak. He was released after that single fight. ‘Nitro’ made his KSW debut earlier this year, doing so in style with a head kick finish of Filip Wolanski. 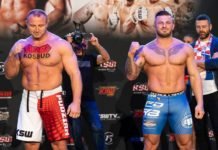 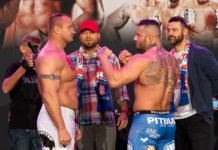 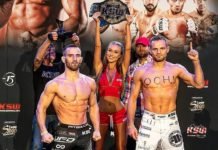