Ashley Yoder has a new opponent for UFC Singapore, as Randa Markos is stepping up on short notice to replace China’s Xiaonan Yan.

Canada’s Randa Markos is headed to Singapore next month. MMA Junkie was first to report news that Markos will step up to replace the injured Xiaonan Yan at UFC Singapore. Yan had been scheduled for face Ashley Yoder.

The UFC has yet to officially comment on the match-up. However, Markos announced on social media recently that she had some big fight news coming, including the hashtag “#alwaysready.”

Markos (9–7–1) has been with the UFC since the introduction of the strawweight division, joining the promotion via The Ultimate Fighter 20, which ushered in the weight class and crowned its inaugural champion. Since coming into the fold in 2014, she’s become the most consistently inconsistent fighter in the 115lb ranks, never dropping two fights in a row, but never winning two in a row either. Overall, Markos is 5-6-1 in the UFC, and will enter UFC Singapore off a loss to Claudia Gadelha at UFC 239.

Looking to hand the Canadian her first ever losing streak will be Ashley Yoder. Having won two straight, Yoder (7–4) is on a roll. After defeating Amanda Cooper and Syuri Kondo, Yoder will seek to make Markos her third straight conquest.

She won’t have a ton of time to adjust her game plan, however. UFC Singapore (UFC Fight Night 162 / UFC on ESPN+ 20) takes place at the Singapore Indoor Stadium in Kallang, Singapore on October 26, 2019. 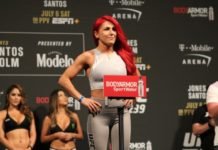 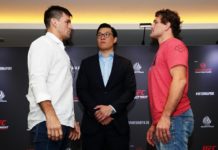 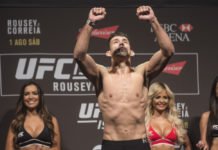 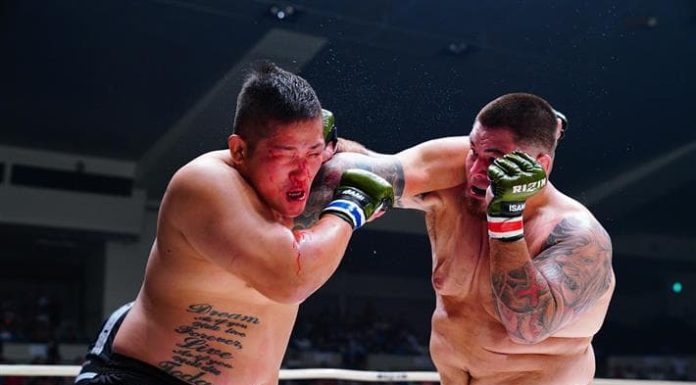