LFA has been forced to put two events on hold due to the lack of a broadcast partner, leaving LFA 78 and LFA 79 in limbo.

The fallout from the demise of AXS TV carrying LFA has begun. News broke barely a couple of weeks back that the cable TV station would no longer carry Legacy Fighting Alliance action, despite the promotion calling the network home for years. It was a hot topic backstage at UFC Vancouver, where a number of former LFA athletes were competing.

On Wednesday, LFA announced via social media that two of its upcoming shows, LFA 78 and LFA 79, had been postponed due to the lack of a broadcast partner. LFA 77, where the promotion intends to crown a heavyweight champion, will go ahead as scheduled.

.@LFAfighting to crown Heavyweight Champion at #LFA77#LFA78 and #LFA79 postponed, while new broadcasting partner is secured

Legacy Fighting Alliance was born out of the merger of two existing promotions, RFA (Resurrection Fighting Alliance) and Legacy FC, in 2017, following talks the previous year. LFA hosted its inaugural show on January 13, 2017, which saw champions from both organizations competing in title unification bouts.

With Legacy and RFA among some of the biggest players in the regional scene, LFA became something of a proving ground for fighters looking to get into the big show, mainly the UFC and Bellator MMA.

AXS TV, formerly known as HDNet, was the home of LFA from the start. It was also, in its earlier incarnation, home of WEC (World Extreme Cagefighting), which was eventually scooped up by and merged into the UFC in the Zuffa era. However, a controlling interest was recently acquired by Anthem Media, which also owns the Fight Network. That channel once aired ONE Championship, KSW, and UFC events in Canada. However, after purchasing a majority stake in TNA wrestling in 2017, they scaled back their MMA coverage, dropping several on-air personalities including Robin Black.

UFC content, which had been sub-licensed by Bell Media (TSN), was lost in 2018 when Bell opted to drop the deal as the UFC broadcast rights were up for renewal.

The casualty of their involvement with AXS TV is LFA, who following LFA 77 this Friday have a very uncertain future ahead of them. LFA CEO Ed Soares addressed the matter in a press release Wednesday.

“Anthem Sports & Entertainment recently acquired a majority interest in AXS TV, at which point LFA was advised that AXS TV would be discontinuing its live televised programming of LFA” stated Soares in Wednesday’s release, posted on the promotion’s official website. “As a result, we are in the process of seeking a new broadcasting partner. Once our new broadcasting deal is finalized, we will continue developing the next generation of MMA stars in front of a large televised audience. In the meantime, we are excited to be doing just that on Friday, when we bring the LFA Heavyweight Tournament Final to Minnesota. Daniel James and Brett Martin advanced to the final of our four-man heavyweight tournament and will face each other with the title on the line at LFA 77.”

Soares added that the “fights on Friday will be recorded for broadcast at a later date. LFA 78 in Colorado and LFA 79 in California will also be postponed until a later date. Those dates will be released in conjunction with the announcement of an exciting new broadcasting deal.” 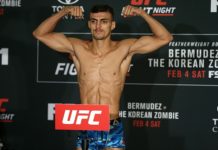 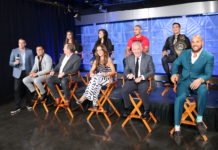 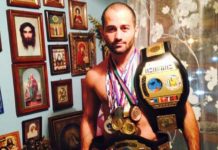