Former UFC light heavyweight champion Rashad Evans looks to be on the comeback trail, but it won’t happen in the octagon.

Urijah Faber. Brock Lesnar. Ken Shamrock. Tito Ortiz. Chuck Liddell. Royce Gracie. Tito Ortiz again. MMA retirements never seem to stick, and it seems Rashad Evans could be the next UFC legend to get back in the cage. Only, it won’t be the UFC octagon.

On Friday, ESPN broke the news that ‘Suga’ Rashad, now a UFC Hall of Famer, had parted ways with the promotion. Evans (19–8–1) last fought in June of 2018, at UFC 225. He was knocked out by Anthony Smith that night. The loss capped a five fight losing streak, and Evans seemed to have settled into retirement, working the desk as an analyst during UFC broadcasts.

However, per ESPN’s report, Evans is now thinking comeback. “I changed my diet after I retired, and it’s drastically changed my body and how I feel,” Evans told ESPN. “I am definitely heavily thinking about coming back.”

“I just felt, when it came down to it — I want to make some money in this comeback, and I didn’t know if the UFC was interested. They’re focused on something different. I don’t think they’re into bringing back the older fighters who have retired. They’re into what’s next, what’s new.”

His manager subsequently confirmed a mutual agreement had been reached between Evans and the UFC. Reportedly, the Smith fight was the final bout of Evans’ UFC deal.

While he ended his career on a down note, there was a time when Evans ruled the light heavyweight division. He started his career at 13–0–1, winning the UFC light heavyweight championship in the process. He’d lose it in his very next fight, to Lyoto Machida, before winning another four straight, including victories over rival Rampage Jackson, and Tito Ortiz. That earned him a fight against Jon Jones with the belt on the line, but Evans came up short against his old training partner.

From there, it was all downhill. His remaining wins came against aging veterans in Dan Henderson and Chael Sonnen. A drop to middleweight failed to correct course.

At 40, there is little doubt that Evans’ time in the UFC has passed. Bellator MMA could be a possible suitor, or alternately, ONE Championship. Both have proven willing to sign veteran fighters for solid money. 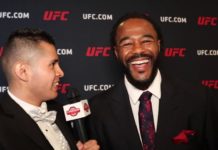 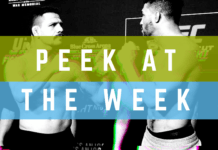 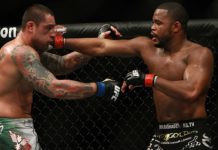