The sixth installment of this year’s Contender Series sees light heavyweights in the spotlight, plus Invicta vet Tracy Cortez looking to win her way into the UFC.

Tuesday night once again brings us another installment of Dana White’s Contender Series, and this week, it was light heavyweights in the featured slot. Aleksa Camur (4-0), still incredibly young in his career, was set to take on Fabio Cherant, also young in his career with an identical 4-0 record. One of these prospects would lose their perfect record, but the other would get an incredibly appealing shot at the UFC while their careers were still in single digits.

Also on the docket, two-time Invicta FC competitor Tracy Cortez, looking to land a contract in the women’s flyweight division. Cortez enters the night on a five fight winning streak, perfect since her pro debut. She was set to take on Mariya Agapova.

For a full preview of the week six card, check out our Breakdown and Predictions page. Tune it come fight time (8PM ET) for full results!

Aleksa Camur def. Fabio Cherant via TKO (Strikes) at :48 of Round Two

Aalon Cruz def. Steven Nguyen via KO (Flying Knee) at 4:36 of Round Three

Rodrigo Nascimento def. Michael Martinek via Submission (Arm Triangle) at 3:16 of Round One 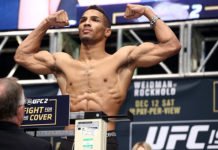 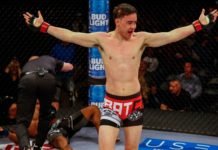 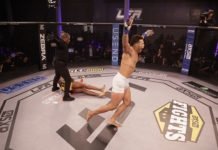