BKFC 6 was originally supposed to have Chris Leben face off with Brennan Ward. Unfortunately Ward was forced to withdraw from the fight, and in steps Dakota Cochrane.  The promotion announced the news via press release Wednesday. As mentioned earlier, the event takes place in Tampa, Florida on June 22. The card is the biggest in the young promotion’s history with Artem Lobov set to face off Paulie Malignaggi in the main event.

Dakota Cochrane makes his BKFC debut after knocking our former UFC champ, Johny Hendricks in the ever-controversial World Bare Knuckle Fighting Federation event. Cochrane also has a 33-13 MMA record with fights in The Ultimate Fighter, Bellator, LFA among others.

Chris Leben is a BKFC veteran. He beat Justin Baesman in April with a phenomenal 25 second KO. He looks to continue his Bare Knuckle career at BKFC 6 and give the fans an exciting co main event.

BKFC 6 will be the biggest Bare Knuckle boxing event in history. All eyes are on the UFC fan favorite, Artem Lobov, who takes on former boxing world champion, Paulie Malignaggi. The two are in a heated dispute that will finally come to a head on June 22. Lobov was spit on and slapped in the face by Paulie Malignaggi during promotion for the fight. The rivalry stems from Malignaggi and his hatred for Conor McGregor, after sparring with the UFC star during his preparation for the MayMac boxing match. With Lobov being McGregor’s training partner, Paulie is angling for a fight with McGregor down the road.

Also on the card is the return of Joe Riggs as he takes on Tampa’s Walber Barros. Abdiel Velasquez is set to make his return as well. 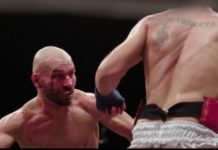 Video: BKFC 6 Malignaggi vs. Lobov Highlights, In Case You Missed It 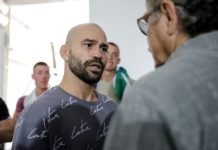 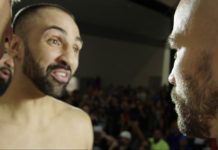