UFC 238 is judgment day for Alexa Grasso, who has struggled to justify the hype that surrounded her when she joined the promotion.

Alexa Grasso had heavy momentum by her side when she made her UFC debut back in 2016. She was the next big thing who was supposed to spark the Mexican MMA scene. Two years and four fights later, she has ended up as simply one of the many names in the stacked straw-weight division. It wasn’t as if Grasso didn’t try. The division was just way too fast for her.

For any fighter in any weight class, a 10-2 record isn’t bad at all. However, in the straw-weight division, the scene is very different. Since Joanna Jedrzejczyk lost her title back in 2017, the division hasn’t seen any stability. Mixed with most fans’ short memories and the luxury of having multiple prospects, it results in any fighter who loses being called a derailed hype train. Despite this, Grasso has managed to hold MMA world’s attention and that explains a lot about her.

However, after this weekend’s UFC 238, Grasso no more will have the luxury of being called a prospect. She has already spent more than two years with the tag and the state of the division demands prospects either stepping up into contender roles or falling down the ladder. So when Grasso clashes with Karolina Kowalkiewicz she will evolve and establish her position in the division, regardless of the result.

If she wins, she enters the lower end of the new contenders who hope to make it big in the company. If she loses, she goes down hard and to a bottom from where it will be difficult to recover from. Interestingly, Kowalkiewicz too enters on a low note in this fight. Currently, on a two-fight losing streak, KK desperately needs a win to maintain her relevance in the sport. A loss here sends her to a place where a title shot feels like a wild fantasy.

The division needs contenders and the UFC has clearly acknowledged it. This match-up proves it. Alexa Grasso has the potential to make it big and actually become another star the division needs. The task ahead of her in the form of Karolina is not an easy one. You’re talking about a former title challenger and someone who holds a win over former champion Rose Namajunas. This is going to be an exciting fight with two fighters who know that their relevance is on the line.

UFC 238 takes place Saturday, June 8. The card airs exclusively on ESPN+ PPV in North America after televised and online prelims, and on BT Sport in the UK. In India, the card airs on Sunday, June 9, live on SONY Ten 2 and SONY Ten 2 HD. 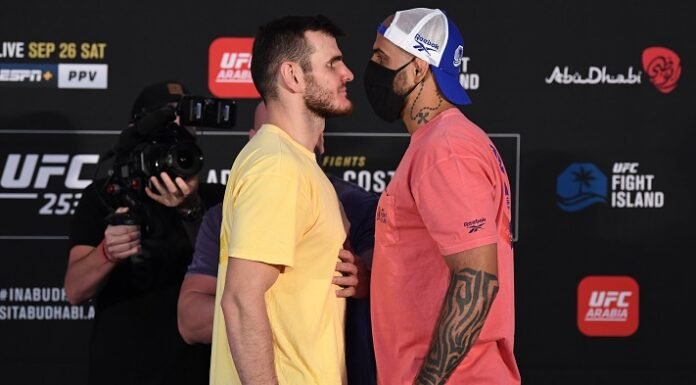