One of the greatest heavyweights of all-time and in mixed martial arts, Fedor Emelianenko held one of the longest win streaks in MMA history across multiple well-known promotions, except one.

Back in 2009, in the midst of a 27-fight win streak that spanned eight-and-a-half years, “The Last Emperor” caught the attention of UFC fans, president Dana White, and Brock Lesnar. After Lesnar’s emphatic TKO win over Frank Mir in their rematch at the biggest event in the company’s history to that point, UFC 100, the MMA world was consumed with the potential of an all-time classic.

White took action and attempted to sign the Russian heavyweight, but the two sides were unable to come to terms on an agreement. Emelianenko’s historic run would come to an end later that year, Lesnar would suffer back-to-back losses before a return to the WWE. He would later enter the Octagon again, but it resulted in a no-contest decision against Mark Hunt at UFC 200 due to a positive test for a banned substance, and the former Division I wrestler retired from the Octagon for a second time.

His return to the promotion remains unknown, but with both fighters’ ages and recent history inside the cage, it is highly unlikely we ever see the big box office draw that dominated MMA storylines a decade ago.

Before the emergence of two-division champion Amanda Nunes, a fight between Ronda Rousey and Cris Cyborg had the makings of a super-fight—not just in women’s MMA, but for the entire rabid fan base. Ronda Rousey, the reason behind the women’s movement into the sport’s biggest organization (according to Dana White) was tearing through the women’s bantamweight division and amassed a record of 12–0 with all but one victory claimed in the first round.

Cyborg, who competed in the featherweight division, was on a 20-fight win streak over 13 years that was defined by her knockout power and striking ability, which struck fear into her competitors. Her following gained traction in Strikeforce and later Invicta FC, but a move to the UFC was delayed due to the promotion’s unwillingness to add the 145-pound division.

The Brazilian expressed to the UFC that a weight-cut down to Rousey’s division, where there had been discussions between the fighters to face-off, would not be possible as her current cut to the featherweight division was already taxing enough. Nevertheless, the organization attempted to lure Cyborg with a couple of catchweight bouts set at 140-pounds. where she dismantled her opponents quickly, but still expressed no desire to compete at a lower weight class.

Rousey would suffer a brutal head kick knockout loss to Holly Holm at UFC 193 in Australia, and just over a year later would suffer another brutal knockout defeat to Nunes. Rousey is now retired and, like former UFC heavyweight champion Brock Lesnar, competes in the WWE with no interest in returning to the Octagon.

Although Cyborg would suffer a devastating knockout loss of her own at the hands of Nunes as well, losing her featherweight title, the discussion of a fight between Rousey and Cyborg ended with Ronda’s last appearance inside the cage.

It is without a doubt that a fight between these two female superstars would claim the title of the biggest women’s combat sports event in history.

Could there be more?

As time passes, there’s no question that any possible matchup between Conor McGregor and one of the bigger names in MMA, if it nearly happens but ultimately fails to do so, will surely top the list of greatest fights to never take place inside of the octagon. With McGregor’s recent inactivity, a rematch with Khabib Nurmagomedov, a trilogy bout with Nate Diaz, and even a previously discussed fight with GSP all not taking place, it could trigger an argument to get on this list in the future.

It should be noted that a fight between St-Pierre and McGregor, although it would carry a tremendous amount of interest, is extremely unlikely to take place due to GSP’s obvious retirement and the 15-pound difference in weight class.

A possible bout between GSP and Khabib, although doubtful as well, looks like the more likely outcome as it has been a topic of discussion ever since the Russian’s win over McGregor. Ben Askren, another current active UFC fighter who was tied into a feud with Dana White and competing in other organizations, had fans longing for a fight between the undefeated welterweight and St-Pierre. Any bout with the Canadian seems unlikely now that his status as retired is known.

While the sport of boxing has left its fans disappointed with a lack of big box office fights taking place before they lose their luster or appearing at all, MMA has proven it is no exception to this issue, though it occurs less frequently to the satisfaction of its dedicated fan base. 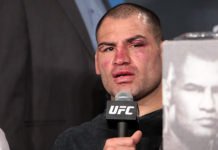 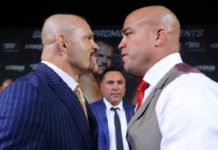 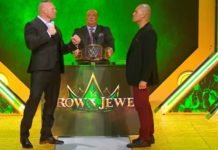 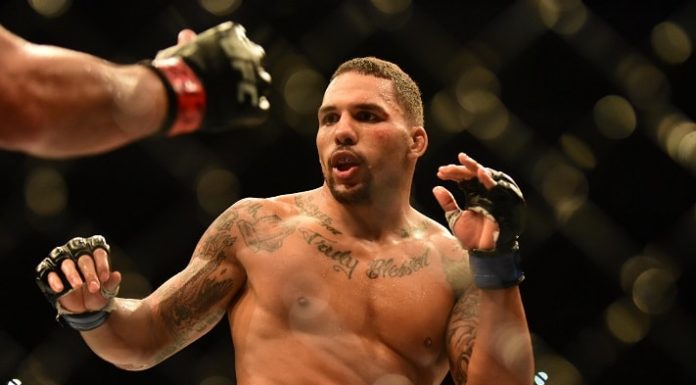