Tatiana Suarez addressed the media Monday, discussing her upcoming UFC 238 bout with Nina Ansaroff, and why she has a better claim to a title shot than Michelle Waterson.

Los Angeles, CA — The women’s strawweight division in the UFC was turned on its head last month when Jessica Andrade dethroned champ Rose Namajunas at UFC 237. Standout Michelle Waterson was in the crowd that night, but there’s another pair of fighters who arguably have better claims to the next title shot: Tatiana Suarez and Nina Ansaroff. The pair face off this weekend at UFC 238 in Chicago.

Ahead of the event, Suarez sat down with reporters including Cageside Press in Los Angeles for a media lunch. There, she addressed the fight with Ansaroff, and why she feels she has the best claim to the next title challenge.

Many are seeing Tatiana Suarez vs. Nina Ansaroff as a title eliminator, and Suarez admitted the promotion had been talking about it as well. “They said it prior, but you just never know with the UFC,” she said Monday. “I just want to put on a good performance that will speak volumes, you know? Not really talk too much, just have a good performance.”

To those who claim her success is based on size (she’s a large 115lb’er), Suarez said that “my skill really, it kind of speaks for itself. It’s not really power or anything like that. I wouldn’t say that I have more strength than whoever, it’s just my skill level. I’ve been wrestling since I was three years old. I hope I can pull something out that’s really great!”

All those years wrestling have created options for Suarez. So while opponents “have [the] ability to somewhat stop the first attack,” she said, “I have multiple attacks. So I think that’s the trouble that they’ve had with me.”

With Michelle Waterson and a few others in contention, there’s an idea held by some that Suarez will need to make a statement on Saturday night at UFC 238. At least if she wants to remove any doubt about that title shot. But emphatic wins are what she always intends, Suarez told the media Monday.

As for the her vs. Michelle Waterson debate, Suarez feels she has the better case for one key reason. “I’m beating people in a dominant fashion, she’s kind of edging decisions out, you know.”

With many people overlooking Ansaroff completely, what keeps Tatiana Suarez focused, she told Cageside Press, is “my competitiveness. I don’t need people to tell me where I’m at in the division, I kind of know where I’m at. But there’s someone out there that wants to beat me up, so that’s my motivation right there.”

The TUF 23 winner, meanwhile, fights out of Millennia MMA. Not the most well-known camp when it comes to producing UFC champions. Suarez, if some day successful, would be their first. Suarez, however, is confident. “My team is willing to work with me at any time of the day, and they will work hard with me, they will cut weight with me, they’re dedicated to me, they love me, and they want me to succeed because I’m like their daughter.”

Having said that, she added “I’m fully confident in them and their ability to get me to where I need to be, and that’s to be a world champion.” 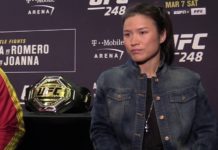 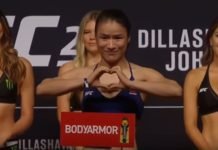 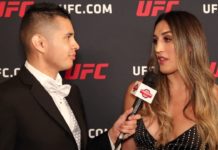 UFC Hall of Fame: Tatiana Suarez on Recovery, Expects to Be Back in 2019 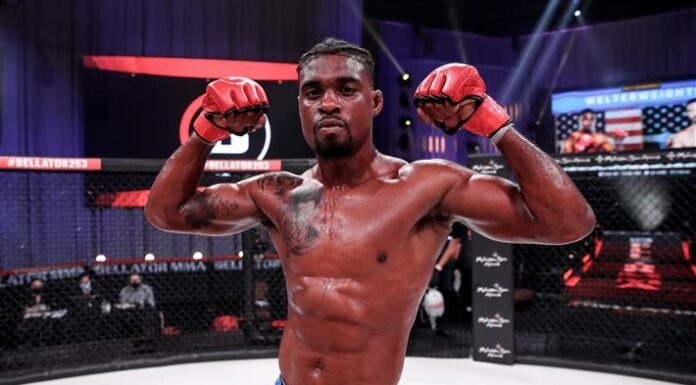 Bellator 253: Raufeon Stots Says Lee Name “A Trophy In Itself”