If UFC Stockholm isn’t enough for your MMA needs this weekend, we’ve got seven prospects to keep an eye from other promotions.

At only 19-years-old, there will for sure be way more to learn for Zellhuber, but at this point in his career, Zellhuber has looked good. The Mexican has a tall lanky build at 6’1″ and while he does use his range at times, he’s more so a Muay Thai fighter. Zellhuber has excellent clinch work with knees and elbows. He has had some problems with his takedown defense, though. While he does have a decent rubber guard, he will need to learn to keep range more. He fights Gian Franco Cortez (4-0) who lacks footage.

In all likelihood the best prospect out of Chile, Torres holds an impressive undefeated record. The competition Torres has beaten hasn’t been great but he’s disposed of his opponents the way he should. Torres is always bringing forward pressure as he looks to force his way into the clinch. His wrestling needs some work but he does a good job at utilizing trips in the clinch. On the mat is where Torres wants it, where he is dominant. He has very technical grappling where he makes all the right moves and his BJJ IQ is perfect at only 24-years-old. He fights Rodrigo Vera (8-0) who is his toughest test to date.

Gonzalez has lost to a few decent fighters but her wins have come over pretty bad opposition. She still has a good record and currently on a four-fight win streak. Gonzalez doesn’t have much to offer on the feet. With that said, she doesn’t waste time closing the distance, getting double underhooks, and slamming her opponent to the mat. Gonzalez has eight submissions with six by armbar showing she is a big submission threat. She fights Dana Grau (2-0), who is an aggressive striker so this is a test for both ladies.

Stots is a former NCAA Division II national wrestling champion at the University of Nebraska-Kearney. In June of last year, Stots suffered his only loss to current UFC fighter Merab Dvalishvili. Since that loss, Stots has won his next four fights and is one of the best bantamweight prospects today. Stots is a fantastic wrestler but his stand has come along nicely. Along with some great movement, he is the total package. He fights Ralph Acosta (18-13), who is coming off a loss.

Barbosa has looked impressive and at only 21-years-old, he has a high ceiling. He fights with a karate stance, lasering the jab along with an excellent right kick to the liver. The Brazilian is slick on the feet with his jab and does a good job with his movement. Barbosa has some solid head movement, slipping and ripping his counters. He is still green on the mat though, but at his young age, there is still room for improvement. He fights Nate Jennerman (13-4), who is a threat on the mat, so this is a good fight.

Pyfer is a dangerous man who has had huge knockout wins as an amateur and a pro. On the feet, he has a good jab, but it’s the power in his hands that has been a big difference-maker. Using more than just single strikes, Pyfer does a nice job throwing the one-two combinations and can end the fight standing at any time. He is well-rounded as he has finishes from brutal ground-and-pound and three career submissions. Pyfer is a strong guy, showing that with his takedowns, getting the body lock and dumping his foes on their back. At only 22-years-old, Pyfer has a bright future. He fights Elijah Gbollie (5-7) who is on a five-fight skid.

With a 100% finish rate, Musaev is good everywhere as he has striking with knockout power, combinations, and counter-striking along with some decent wrestling and some effective ground-and-pound. He needs to improve his takedown defense but is still an impressive prospect regardless. He fights his biggest test in former UFC fighter Daron Cruickshank (21-11). 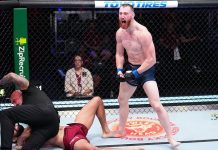 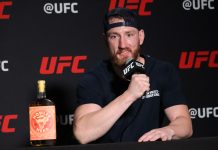