Missed any news last week because of work? Can’t keep up on all the fight announcements? No worries. We have you covered. It’s your Peek at the Week where we recap all that jazz for you and put it all in one place brought to you every Sunday!

Conor McGregor seems to come out smelling like a rose in every indecent he’s involved in. This past week, McGregor’s lawsuit regarding when he smashed a fan’s cell phone was dropped. McGregor and the victim have come to an out of court agreement. McGregor now looks to return to the Octagon and get his legal troubles behind him.

Sage Northcutt Gets KO’d in ONE Championship Debut

Sage Northcutt made his ONE Championship debut against kickboxing superstar Cosmo Alexandre. Unfortunately for Northcutt, he was knocked out in the first minute. With a clean shot, he was put face first on the mat. That’s the second former UFC fighter that suffered a defeat from a ONE Championship fighter in 2019. Northcutt went through a nine-hour surgery to repair eight fractures in his face after the fight.

Rashad Evans Inducted into the UFC Hall of Fame

Click ahead for the week’s fight announcements and UFC Rochester Results! 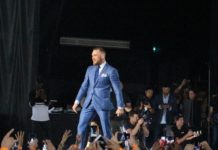 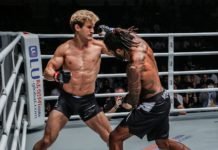