Another big ONE event has come and gone, but we’ve got highlights from Singapore’s Enter the Dragon, featuring Christian Lee defeating Shinya Aoki.

On Friday at ONE Championship’s Enter the Dragon card in Singapore, Christian Lee made history. In part, because he defeated Shinya Aoki to claim the ONE lightweight world championship. But also because he cemented his family’s name in the record books as the first brother-sister champion duo within a major mixed martial arts promotion.

Sister Angela Lee, of course, is the promotion’s reigning atomweight champion. She recently came up short in a bid to claim a second title at strawweight, against China’s Xiong Jing Nan.

In addition to the lightweight main event, Enter the Dragon also saw the debut of former UFC star Sage Northcutt. ‘Super’ Sage went 6-2 in the UFC before fighting out his contract and parting ways with the promotion. He received a rude welcome to Asia, however, when he was knocked senseless by Brazil’s Cosmo Alexandre.

The punishing knockout blow, just 29 seconds into the fight, resulted in a nine hour operation for eight resulting fractures. Northcutt, however, was in good spirits, and has already said that he will be back despite the severity of the injuries.

Check below for video and photo highlights from Enter the Dragon in Singapore, courtesy of ONE Championship! 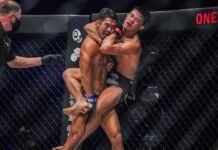 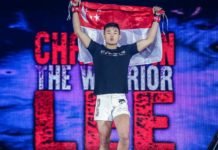 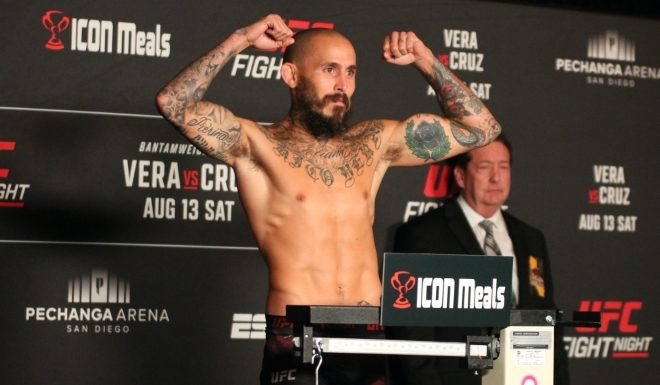