KSW 49 goes live from the Ergo Arena in Gdańsk/Sopot, Poland this Saturday, where Michał Materla and Scott Askham battle for the vacant middleweight title in a rematch, and Roberto Soldić looks to defend his welterweight championship, opposite Krystian Kaszubowski.

This Saturday, KSW 49, the promotion’s third event of 2019, features two of the best middleweights, Michał Materla and Scott Askham, who meet in the middleweight tournament finals; the winner crowned the new 185-pound champion.

Materla, Poland native, is 27-6, and currently riding a two-fight win streak. His last loss, which came by way of technical knockout, was to Askham (17-4) back at KSW 42 in March of 2018. Askham, who fights out of England, is currently on a three-fight win streak and looks to improve his record to 2-0 against the more experienced, Materla in the main event.

In the co-main event, Roberto Soldić (15-3), fighting out of Croatia, is set to defend his welterweight title against undefeated Krystian Kaszubowski (7-0) in his home country of Poland. Since taking his title back in a rematch with Dricus Du Plessis back in October 2018, Soldić has put himself back on a two-fight winning streak. Kaszubowski, obviously undefeated, will look to maintain his unblemished record in what is arguably the most important fight of his young career. 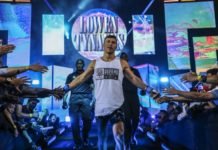 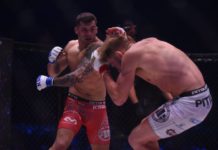