An injury to Ariel Sexton means Amir Khan is back in the ONE Championship lightweight world grand prix at next month’s Enter the Dragon.

Next month’s ONE Championship card in Singapore has been hit with a major shake-up. Lightweight grand prix semi-finalist Ariel Sexton is off the card, the promotion announced Monday. In his place steps Amir Khan, who will take on Saygid “Dagi” Guseyn Arslanaliev at the event, entitled Enter the Dragon.

Sexton revealed the news on Instagram prior to ONE officials confirming the change. “It is with great disappointment I have to announce I will no longer be able to fight May 17th due to injury,” the fighter wrote. “The hurt business is real, one minute your preparing for your bout and the next your path can change completely unexpected. I only pray I can stay in the GP cuz I was so very close to my dream. Now I’ll wait to see how my bout get rescheduled.”

Khan (11-5), who lost to Sexton in the quarter-finals, now gets a chance to move on in the tournament. That makes him a lucky loser, but he’ll be getting a tough match-up in Arslanaliev (7-1), who defeated Ev Ting in the opening round of the grand prix.

The winner of Khan vs. Arslanaliev will move on to face the victor of Lowen Tynanes vs. Timofey Nastyukhin. Nastyukhin shocked the world when he knocked out former UFC and Bellator MMA lightweight champion Eddie Alvarez at ONE Championship: Enter the Dragon in March.

ONE Championship: Enter the Dragon takes place May 17 at the Singapore Indoor Stadium in Kallang, Singapore. 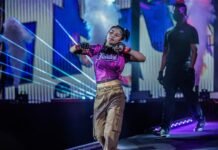 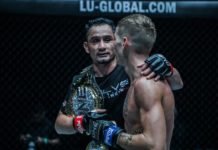