The UFC has booked its next California stop, as it will return to Sacramento in July.

The UFC is set to return to Sacramento, CA this July, and two fights are already lined up for the event. First reported by Combate, the event will air on ESPN+, making it UFC on ESPN+ 13, or UFC Fight Night 155. The event will go down on July 13, the week after International Fight Week and the summer’s crown jewel, UFC 239. No venue has been announced for the show.

Sources told Cageside press earlier this year that the UFC was targeting a return to California, suggesting a stop in the northern part of the state. Sherdog later confirmed the Combate report, although the UFC has not officially announced the news.

While no main event has been revealed for UFC Sacramento, two fights were revealed in the Combate report. Those will see Beneil Dariush taking on Drakkar Klose at lightweight, and Cezar Ferreira battling Marvin Vettori in a middleweight clash.

Marvin Vettori (12–4–1) and Cezar Ferreira (13–7) both head to Sacramento off losses. Vettori dropped his last fight to Israel Adesanya, while Ferreira lost his to Ian Heinisch. 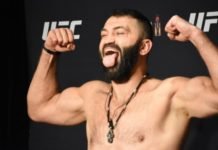 UFC: Arlovski vs. Lins, Roberson vs. Vettori Rescheduled for May 13 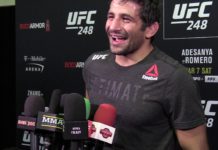