Last month, Chinese women’s strawweight champion, Xiong Jing Nan, defended her title for the third time in ONE Championship. She took down a very tough Angela Lee, who finished eight of her nine opponents coming into the bout. In a five round war, Xiong Jing Nan got the TKO with a barrage of strikes that put Lee away early in round five. We had the chance to ask her some questions following her incredible fight.

Jing Nan has always had a love for martial arts. Starting out, she was a professional boxer. Boxing wasn’t enough for Xiong Jing Nan. It was too restrictive, not fluid enough.

“I am born for sports,” said Jing Nan. “I was training weight lifting before I became a professional boxer. All this time, I was looking for the kind of sport that allows more freedom and combines both striking and grappling. Then I got the chance to get to learn mixed martial arts, I fell in love immediately, this is the exact sport I was looking for all these years.” We can see the love of mixed martial arts through her work as well. Being the champion in Asia’s biggest MMA promotion is proof enough that she performs her art with the utmost respect.

In her fight with Lee, Jing Nan showed everything a champion needs to show. Toughness, technical skill, and heart. But, legends are never happy with their performances and are always looking for places to improve.

“When I review the video clips of my match, I wasn’t 100-percent happy with my performance that night. I could have done better in takedown defense, there’s also room to improve in clean strikes. But at the same time, I feel deeply relieved that I haven’t failed all the people who have faith in me and have supported me no matter what. I haven’t failed myself after days and nights of training.”

It’s tough for a fighter of the caliber that Xiong Jing Nan is at. Fighting the best every fight takes a toll on you and she feels it. She feels the pressure to win, and to please her fans around the globe. But, she knows that career goals never end. They just keep changing.

“I don’t think there’s a stop to one’s career goal. There’s always more to practice and room for improvement. I want to keep learning and pushing myself so I’m always ready for the next challenge.”

The new rage in MMA right now is cross-promotion fights. RIZIN and Bellator recently agreed to a rematch between Kyoji Horiguchi and Darrion Caldwell. The CEO of ONE Championship, Chatri Sityodtong, has also expressed interest in joining the cross-promotion ranks. For Jing Nan, it doesn’t matter who, or where. She will fight the fighter in front of her.

“Personally, I find cross-promotion rather interesting. Each athlete practices in his or her own style, and one can always learn a thing or two when competing with another fellow professional. I have an exclusive contract with ONE Championship, I am ready to face anybody that Chatri and ONE Championship choose to put in front of me.”

I want to keep learning and pushing myself so I’m always ready for the next challenge.

Don’t count on Xiong Jing Nan jumping ship for the UFC any time soon. She is the champion of ONE Championship and plans on going nowhere. Her loyalty belongs to the company that’s put her on this path to success in the world of mixed martial arts.

“I am the world champion of ONE Championship. [Besides] the fact that ONE is one of the top promotions in the world, I chose ONE for the values the promotion carries, which align with the reason why I chose this sport to start with. I am grateful to ONE and Chatri for the opportunity to join this promotion and prove myself in front of the world.”

With all eyes on the big fight between Rose Namajunas and Jessica Andrade, I had to ask Xiong Jing Nan about her take on the upcoming fight at UFC 237. She sees a lot of herself in UFC champ Rose Namajunas. Either way, she is just hoping for a good fight.

“Rose and I have resemblances in our competing styles. I like the fact that she is not affected by the outside world and that she is calm in all situations. I’m not too familiar with Jessica but I think she has the advantage in strength and is definitely quite a tough opponent to face. I’m sure both of them will bring their A-games.”

Make sure to follow Xiong Jing Nan on Instagram to catch up on her latest fight news. 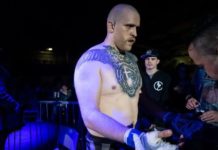