Justin Scoggins will step in on short notice at RIZIN 15, filling in for fellow UFC vet Ulka Sasaki.

This month’s RIZIN 15 card has added a handful of new fights, and seen a change to one other. In a press release Wednesday, RIZIN officials announced that former UFC flyweight Ulka Sasaki had been forced out of his fight with Kai Asakura due to health issues. Stepping in to face Asakura will be another UFC veteran, Justin Scoggins.

Scoggins (11-6) went 4-5 in a nine fight UFC run, but is currently on a four fight losing streak. That streak includes his last three UFC bouts, plus his RIZIN debut in December 2018 against Yuki Motoya.

Asakura (12-1) is currently on a four fight win streak, all under the RIZIN banner.

Scoggins was quoted in Wednesday’s press release as saying that “I should have already been scheduled on this card. I signed with RIZIN to compete against the top martial artists and do it regularly. But, I’m happy to take the opportunity on short notice. The biggest factor in performing at this high level of competition is preparation. Fortunately I train consistently and have balanced out my nutrition well enough to stay close to fight weight. I fear no challenge, especially against a striker with sloppy technique.”

We’ll see if Scoggins can back up his words come RIZIN 15, which takes place Sunday April 21 at the Yokohama Arena in Yokohama, Japan. 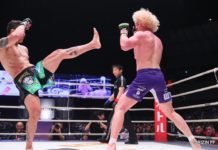 Scouting the Globe: The Five Best Prospects From Sweden 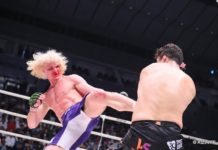 Bellator 231: After “Oh Sh*t!” Moment, Karl Albrektsson Realized He Had Nothing to Lose In Taking Phil Davis Fight