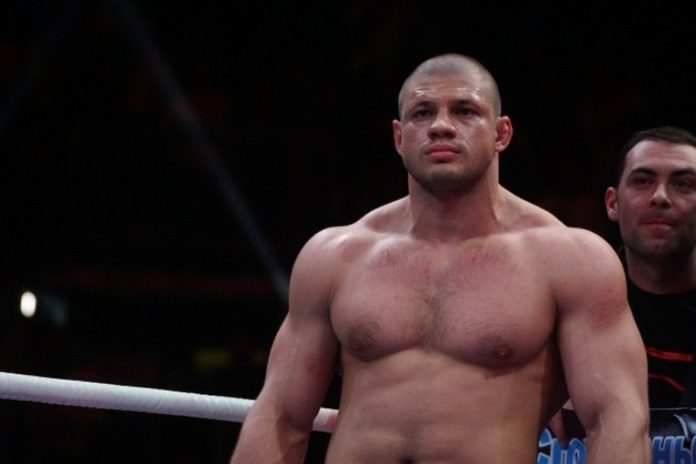 Ivan Shtyrkov is a muscle-bound Russian light heavyweight that the UFC has called upon to fill in against Devin Clark at UFC St. Petersburg.

On September 15 of last year, the UFC came to Russia for the first time in promotion history and it was an instant success despite many injuries to the card. Now on April 20, 2019, the UFC is coming to St. Petersburg, Russia. Abdul-Kerim Edilov was set to take on Devin Clark but Edilov pulled out due to injury. It was announced earlier this year that Ivan Shtyrkov signed with the UFC and got the call up to face Clark his debut.

How Does Ivan Shtyrkov Fare in the UFC:

Ivan Shtyrkov has already beaten six former UFC fighters in Jeff Monson, Thiago Silva, Fabio Maldonado, Rodney Wallace, Phil De Fries, and Antonio Silva. Shtyrkov gets visibly tired, but it’s a result of all the energy he puts into his fights. He has the power on his feet to drop anyone but tends to get hit a lot. Luckily, he has shown a good chin and is able to take one to give one. Shtyrkov does have better wrestling, though, with a wide variety of takedowns from body lock takedowns, to double legs, to trip takedowns, showing both the power and athleticism that come from his extensive sambo background. On top, Ivan is a strong fight-ending threat, with five of his wins ending via submission, four of them by an armbar.

How Ivan Shtyrkov Matches Up with Devin Clark:

Clark, in my opinion, is a very good athletic fighter and a well-rounded 205er. Clark is dangerous on the feet with his power, speed, and aggressiveness. He’s an even better wrestler with 13 takedowns in six UFC fights. The biggest thing holding him back is his chin, as he’s been knocked out twice. Clark has a real shot if this fight makes it past the first round because he easily has the better cardio. I even think Clark has the better stand-up, but his weak chin is far too concerning. I have Ivan winning but, if Clark is a decent-sized underdog, he may be worth taking.