Ahead of the absolutely stacked A New Era in Tokyo this weekend, ONE Championship brought the full card together for a press conference and face-off in the Japanese city, giving fans a glimpse at champions and challengers, promotional newcomers and veterans.

ONE Championship hosted a press conference on Thursday to promote this Sunday’s A New Era card in Tokyo. In just about every way imaginable, it promised to be just that: a new era. For MMA, with another major player on the scene, capable of stacking cards with talent capable of selling out arenas around the globe. A new era for the company itself, as it slowly moved more towards mainstream popularity outside Asia.

How far could Chatri Sityodtong and the rest of the promotion take things? Time would tell. But A New Era also marked the company’s first stab at one of the only markets it Asia it had yet to touch, Japan. A successful outing there could be a game changer, with Japan’s own RIZIN FF possibly needing to watch their back.

The full press conference video can be viewed below, along with a gallery of all the face-offs between fighters on the stacked card, courtesy of ONE Championship! 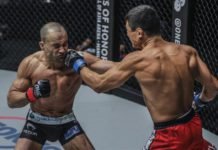 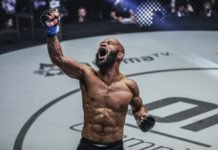 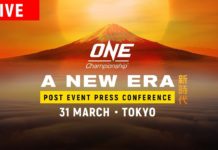