In a close, hard-fought battle in the Bellator 218 main event, Emmanuel Sanchez took home a unanimous, albeit narrow decision over Georgi Karakhanyan.

The main event of Bellator 218 in Thackerville, OK saw Emmanuel Sanchez meeting Georgi Karakhanyan for the second time. Their first meeting had Sanchez getting the upper hand, but Karakhanyan would no doubt be motivated, returning for a third run in the promotion in place of Ashleigh Grimshaw. A win for either could land them a big fight down the line, or at the very least a birth in the Bellator Featherweight Grand Prix.

The pair engaged early, trading blows with Karakhanyan landing a left, eating a leg kick, then shooting in for a takedown. ‘Insane’ pushed Sanchez onto his back, but Sanchez looked to tie him up. Karakhanyan, however, would do enough to keep the fight on the ground, targeting the body as Sanchez looked to set up a submission. He threatened with a triangle, which forced a bit of a scramble, only for Karakhanyan to get back on top. Sanchez continued to be active off his back to the bell to end the first, but how the judges would see things was a question.

In the second, Karakhanyan scored an early takedown, but Sanchez quickly made it to the fence, and soon enough, back to his feet. Another takedown later in the round would see Sanchez manage to take the back of his opponent, getting both hooks in. He’d look for a choke while Karakhanyan fought hands, defending the submission attempt and punching back over his shoulder. Eventually, Sanchez decided to throw some shots of his own, and while he couldn’t find the finish, he was in control a good chunk of the frame.

The third had Karakhanyan again pursuing the takedown early, driving Sanchez into the cage. From there, he dragged Sanchez down, turning the bout into a grappling contest. Karakhanyan landed knees to the thigh of Sanchez, who landed shots while seated, and struggled to regain his feet. With half the round gone, the ref stood them up, and Karakhanyan went right back for a single, but was in an iffy position until adjusting and moving to side control. Sanchez rolled, Karakhanyan took the back, but he was too far down, and Sanchez reversed. Sanchez landed a big left from the top, and later began wailing away with hammer fists — with Georgi living up to his ‘Insane’ moniker and sticking his tongue out at him.

Going the distance, it was Sanchez taking a close decision, albeit a unanimous one. 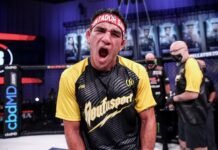 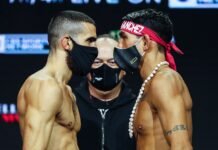 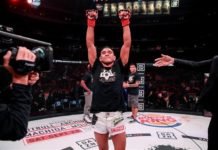 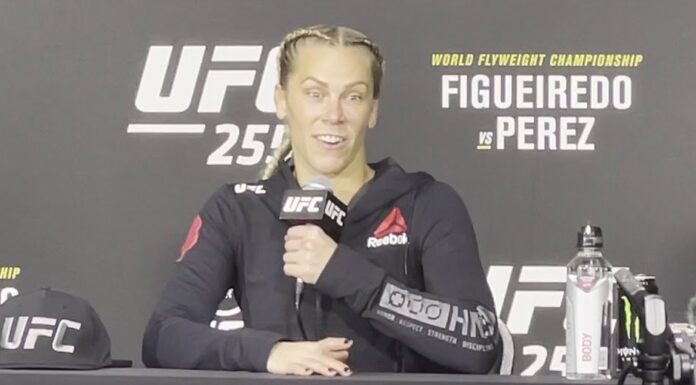 UFC 255: Valentina Shevchenko Says Third Fight with Nunes Will Be “Something Big”