In the midst of a relentless schedule of events, many of them anonymous and lacking any type of buildup, the Ultimate Fighting Championship delivers one of the few truly stacked pay-per-views of the year this Saturday (March 2, 2019) in UFC 235.

Jon Jones, by many accounts the Greatest Of All Time, will defend his newly reclaimed light heavyweight throne against Anthony “Lionheart” Smith at UFC 235. A former middleweight journeyman, Smith has the chance to author a true Cinderella story in his attempt to knock Jones from his perch atop the 205-pound division.

The co-feature offers another title fight and one that figures to be more competitive than the main course. Welterweight king Tyron Woodley will put his belt up for grabs against fellow wrestling phenom Kamaru Usman in what figures to be a gritty, white-knuckle affair.

If you are looking for strategy tips and strong fantasy plays in your UFC 235 DraftKings MMA lineups for this Saturday, look no further than my Daily Fantasy Knockout premium breakdown. The article includes fight-by-fight previews, picks, odds, and DraftKings fantasy plays. See who to target and who to fade in your daily fantasy lineups. And as an added bonus, I’ve started dabbling in straight betting, and my plays are included at the end of the article. There is also a sample tournament lineup with a short synopsis of how I constructed it.

To see the kind of content you’ll be getting, see this week’s Daily Fantasy Knockout podcast above and find below the link to my UFC Prague DraftKings breakdown from last week. Be sure to click the link above to our DFS Hub to find my latest daily fantasy content for UFC 235 DraftKings!

*This product will be emailed to your PayPal address as soon as it is finalized (to see late line movement to give the best possible analysis and after the weigh-ins), usually Friday evening or Saturday morning. 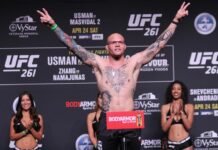 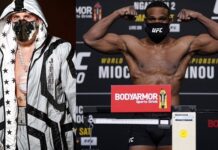