MMA is off to a great start in 2019 with UFC Brooklyn and now UFC Fortaleza, so now we’ll look towards the future at 15 women prospects who should be in the Octagon by year’s end.

We close out our 2019 UFC prospect series with our biggest list yet. The following 15 women feature both young upstarts and veterans overdue for a shot at the big show.

Virna Jandiroba is the current Invicta FC strawweight champion with already a title defense to her name. She should already be in the UFC with her stellar record and key wins over stiff competition including ones over former UFC fighters Erika Almeida and Lisa Ellis. “Carcara” is in my opinion, the best strawweight prospect in the world and I really hope her next fight is with the UFC because it is the most sensible career move.

Jandiroba is a high-level jiu-jitsu black belt with 11 submission finishes in 14 wins. With a good submission base, Jandiroba has very solid wrestling to compliment her style. She gets inside in the clinch well, moving towards getting her hands together and dumping her opponents on the mat. She hasn’t had a problem getting the fight to the ground yet, and she’s been nothing short of dominant once the fight hits the ground. I’m very high on Jandiroba and you can check out my more in-depth look into the career of “Carcara” here. 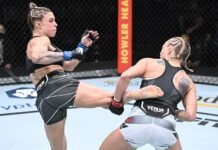 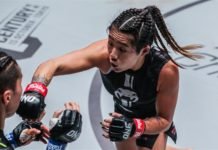 ONE Championship: Angela Lee Blasts Suggestion She Should Have Vacated Title While Pregnant