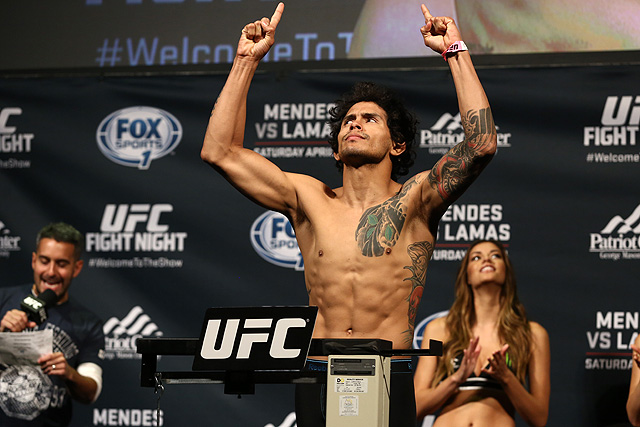 Rustam Khabilov will look for his seventh win in a row when he takes on Brazilian Carlos Diego Ferreira at UFC Prague.

Rustam Khabilov himself posted his placement on UFC Prague on Instagram.

After a quick rise upon entering the promotion, Rustam Khabilov has quietly put together a six-fight win streak. Quietly because five of six of those wins have been on UFC Fight Pass. Carlos Diego Ferreira stands in his way of extending his streak, while on a three-fight run himself.

Khabilov’s UFC debut was as picture-perfect as it gets, scoring a first-round slam KO against Vinc Pichel. Wins over current contenders Yancy Medeiros and Jorge Masvidal earned Khabilov a main event slot on FS1 opposite Benson Henderson in just his fourth trip to the Octagon. Bendo tallied a come-from-behind stoppage in the fourth round, and Khabilov went on to lose his next fight against Adriano Martins. Since then, however, Khabilov is 6-0 including last year’s “Robbery of the Year” against Kajan Johnson.

Carlos Diego Ferreira is another talented lightweight with a 5-2 UFC record along with a USADA suspension under his belt. The former Legacy FC lightweight champion started his career with a pair of stoppages, but was defeated by top-tier lightweights Beneil Dariush and Dustin Poirier. The Brazilian defeated Olivier Aubin-Mercier, served his suspension and defeated both opponents by TKO in 2018.

UFC Prague takes place on February 23 inside the O2 Arena (not the one in England). The main event is a high-octane matchup between Jan Blachowicz and Thiago Santos. Also on the card will be a great bantamweight matchup between Petr Yan and John Dodson.