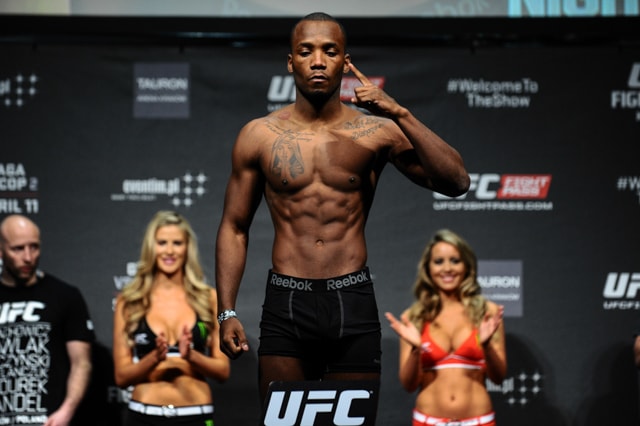 UFC London has filled out its poster in one day, with both the main and co-main event announced. Grapplers Gunnar Nelson and Leon Edwards will be featured in the co-headliner.

Leon Edwards has been slowly climbing up the welterweight rankings and is coming off his first main event appearance. He’ll be near the top of the card again looking to solidify his contendership in his home country against the always-game Gunnar Nelson.

Leon Edwards has been near-unbeatable since falling in his UFC debut to Claudio Silva. In his nine bouts since then, Edwards’ lone loss was to current top contender Kamaru Usman. The Birmingham resident is on a six-fight win streak including a main event victory over Donald Cerrone in his last appearance. Edwards comes into the bout ranked 10th in the welterweight division, while Nelson is two spots below him.

Gunnar Nelson returned from a 17-month layoff in a big way in December by submitting Alex Oliveira in what was an incredibly bloody finish. The Icelandic welterweight was in the main event of his previous bout in which he was knocked out by Santiago Ponzinibbio. The finish was not without controversy, as Nelson was the victim of multiple eye-pokes in the first round leading up to the finish. Overall, Nelson is 8-3 in the Octagon with all but one of his victories ending with a submission.

UFC London takes place on March 16 inside the O2 Arena. The main event pits welterweights Darren Till and Jorge Masvidal against each other. Kickboxing great Gokhan Saki is on the card against Saparbek Safarov, and top light heavyweights Volkan Oezdemir and Dominick Reyes will square off. This event will be the fifth on ESPN’s streaming platform, ESPN+. The promotion has held one event per year in London since 2016.

UFC Vegas 11: Khamzat Chimaev Ready for Everyone from Maia to Lesnar, Not Interested...