A pair of European featherweights will look to get back on track at UFC Prague, as Daniel Teymur has been booked against Chris Fishgold at the February card.

The UFC continues to build the card for it’s first ever trip to the Czech Republic. On Friday, the promotion announced on social media that Daniel Teymur would face Chris Fishgold at the event. UFC Prague (UFC Fight Night 145) takes place on February 23 at the O2 Arena in Prague, Czech Republic. The booking comes mere days after Daniel Teymur’s brother David was booked into a key fight at UFC Fortaleza next month, against Charles Oliveira.

Teymur (Daniel, that is) has struggled to find the same success as his brother in the UFC. Thus far, the lightweight turned featherweight has gone 0-2 in the promotion. With losses to Danny Henry and Julio Arce, Teymur’s back is against the wall heading into his bout with Fishgold. Overall, the Swede is 6-2 as a pro.

Chris Fishgold (17-2) made his UFC debut this past October at UFC Moncton in Canada. While the Brit came up short against Calvin Kattar, ending up finished in the first round, Fishgold still has plenty of upside, and is a former Cage Warriors champion who made three title defenses. The featherweight will look to get back to his winning ways in Prague, after having a seven fight win streak snapped by the Kattar loss. 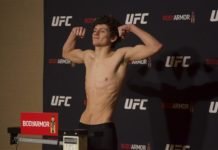 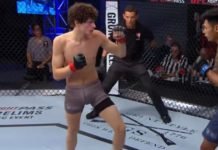 Welcome to the UFC: Chase Hooper 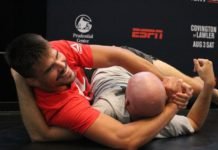