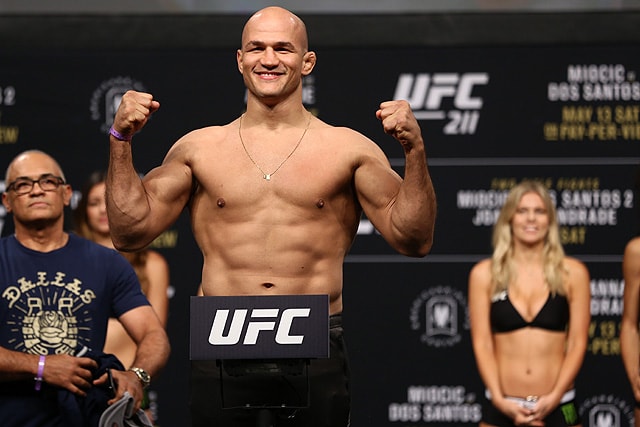 The main event of UFC Boise pits longtime veteran Junior dos Santos against the debuting Blagoy Ivanov. JDS was last seen coming up short in a title shot against then-champion Stipe Miocic. One USADA suspension later, and the Brazilian is back in action. Ivanov enters the UFC as the defending PFL heavyweight champion, who completed his fourth title defense in November. Five of seven writers picked the former UFC champion over the man who once defeated Fedor in Sambo.

Sage Northcutt takes on Zak Ottow in the UFC Boise co-main event. Ottow recently upped his Octagon record to above .500 (3-2) with a dominant first-round KO against Mike Pyle. Northcutt has rebounded from his loss to Mickey Gall with a pair of decision victories, the latest being against Thibault Gouti. Sage was picked at a 5:2 ratio.

Dennis Bermudez battles the gritty Rick Glenn in a featherweight matchup. Surprisingly, Bermudez comes into this bout on a three-fight losing streak, dropping a controversial decision to Andre Fili in his last bout. Glenn is 2-2 in the Octagon, including a dominant win over promising Canadian Gavin Tucker. Bermudez was unanimously picked by Cageside Press.

Niko Price attempts to keep the ball rolling against Randy Brown. Price recently recovered from the first loss in his career by submitting George Sullivan in January. Brown defeated Mickey Gall in his last appearance, improving his Octagon record to 4-2. All but one writer selected Niko Price.

Myles Jury welcomes Chad Mendes back from suspension on the main card. Jury was 0-2 in 2015 and absent in 2016, but won his two fights last year. Chad Mendes hasn’t stepped into the Octagon since 2015 due to a lengthy USADA suspension, but lost his previous two fights to Frankie Edgar and Conor McGregor. All but one writer picked Mendes.

Opening up the UFC Boise main card is a bout between Cat Zingano and Marion Reneau. Zingano has been fighting very infrequently, losing her last three fights dating back to 2015. Reneau has gone unbeaten in her last four, including a draw against Bethe Correia. Despite the struggles, five of seven writers picked Cat Zingano. 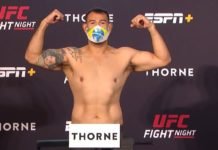 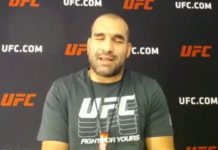