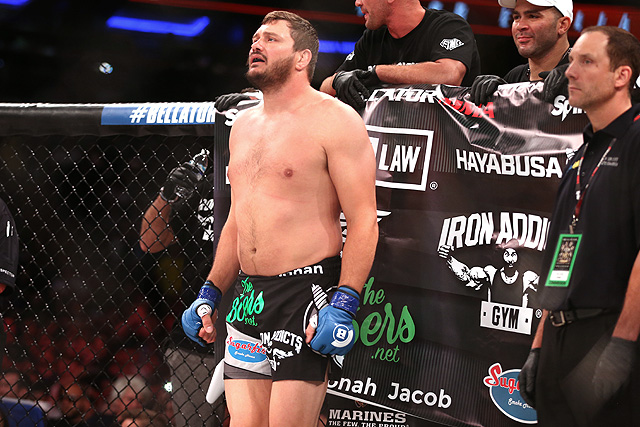 The next fight of the Bellator Heavyweight Grand Prix takes place Friday, but nearly a month later, how will the promotion keep up the momentum?

While Bellator opened the year to an impressive start in Los Angeles, the organization now approaches an intriguing phase as the second bout of the Heavyweight Grand Prix takes place.  The main criticism so far is that while the tournament is intriguing, the spacing of the bouts is awkward at best.  Matt Mitrione and Roy Nelson will collide in what is expected to be an exciting contest, but the fact that their opponent will not be determined until May isn’t likely to satiate the rabid appetite of the fan base. 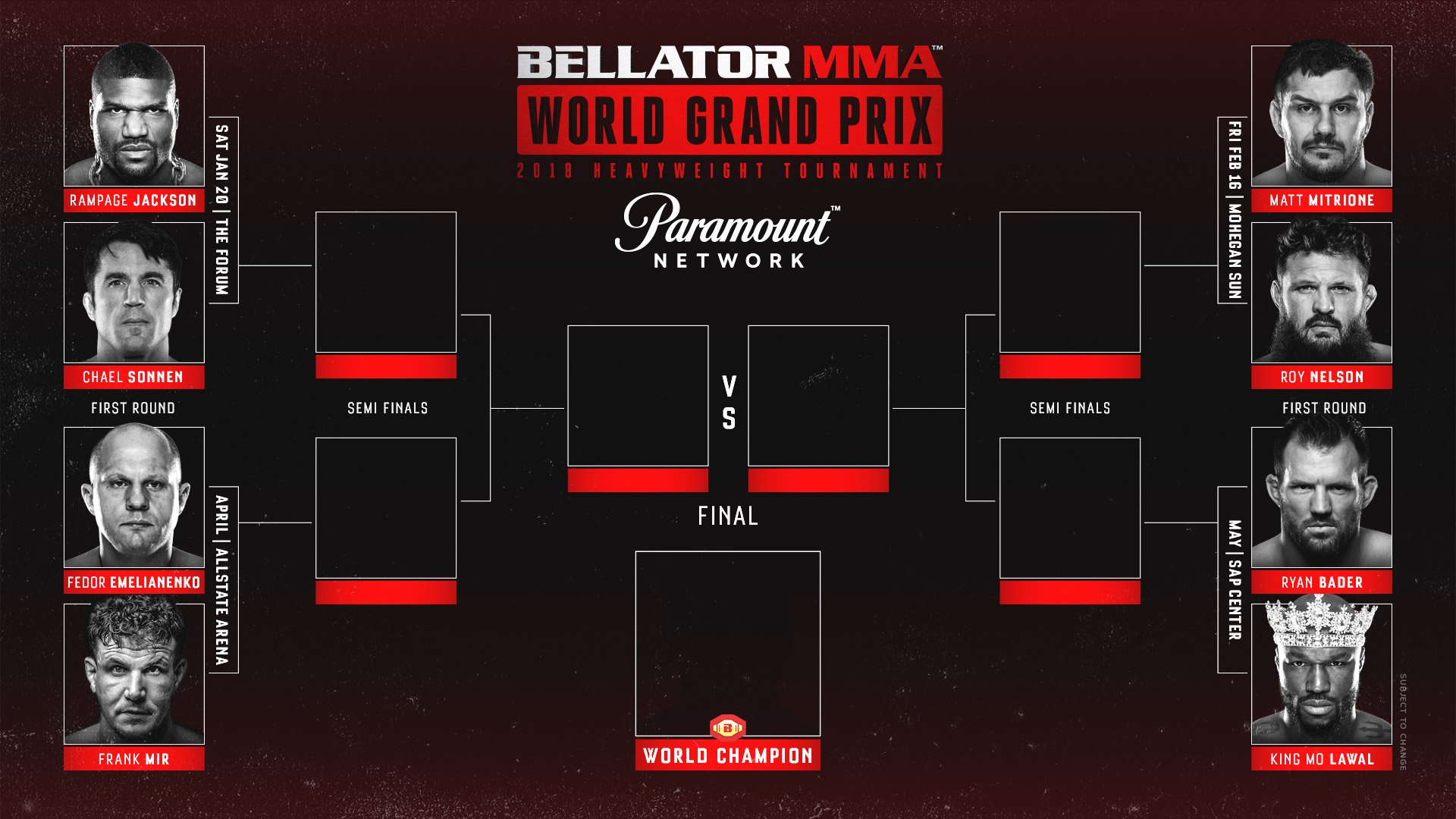 Of all the bouts in the first round, the fight between Mitrione and Nelson is the one with the least amount of controversy.  Both men have competed at heavyweight for their entire careers and are coming off victories in Bellator.  The two fought once before in 2012 where Nelson needed just under three minutes to score a knockout over Mitrione.  Afterward, both men found themselves in journeyman status in the UFC with neither able to put together a significant run that got them into a title bout.

Matt Mitrione is 39 and Roy Nelson is 41.  While both men have shown they are still capable of competing at a high level, the Grand Prix is being seen as possibly the last major event for both men at this stage of their careers.  Mitrione has been the more successful fighter as of late.  After going 0-2 at the end of his UFC run, he has put together three straight victories in Bellator. His last outing was his highest profile victory, a knockout over Fedor Emelianenko in the co-main event of Bellator’s pay-per-view event in Madison Square Garden.  He is currently the betting favorite to win the tournament, a fact he has been vocal about accepting.

Nelson has been the slightly more active fighter since the two met, fighting 12 times since his bout with Mitrione.  His run features some of the top names in the world today in Stipe Miocic, Daniel Cormier and Alistair Overeem, but he has also lost to all of those top names in that span.  In his Bellator debut, he had an impressive return to form by using his experience to defeat rising contender Javy Ayala.  Nelson is the third most experienced fighter in the field, behind Fedor and Chael Sonnen, and would undoubtedly be favored to win it all if he dispatched Mitrione.

With such storylines in the mix, fans should definitely be excited to watch the bout unfold. The only issue, neither Mitrione or Nelson will be fighting Chael Sonnen in the next round.  After several weeks of anticipation and promotion, they will have to wait until May 12 when Ryan Bader and King Mo square off inside the cage.  This means that fans will have to wait 16 weeks before even finding out what will be next for this Friday’s winner.  That’s not accounting for how long the wait will be before the next round actually takes place.  Bellator has geared the tournament to last all year, but with the spacing of the bouts, will all of the extra promotion have even mattered?  Will fans have lost interest by the time the championship rolls around in December?  Only time will tell. 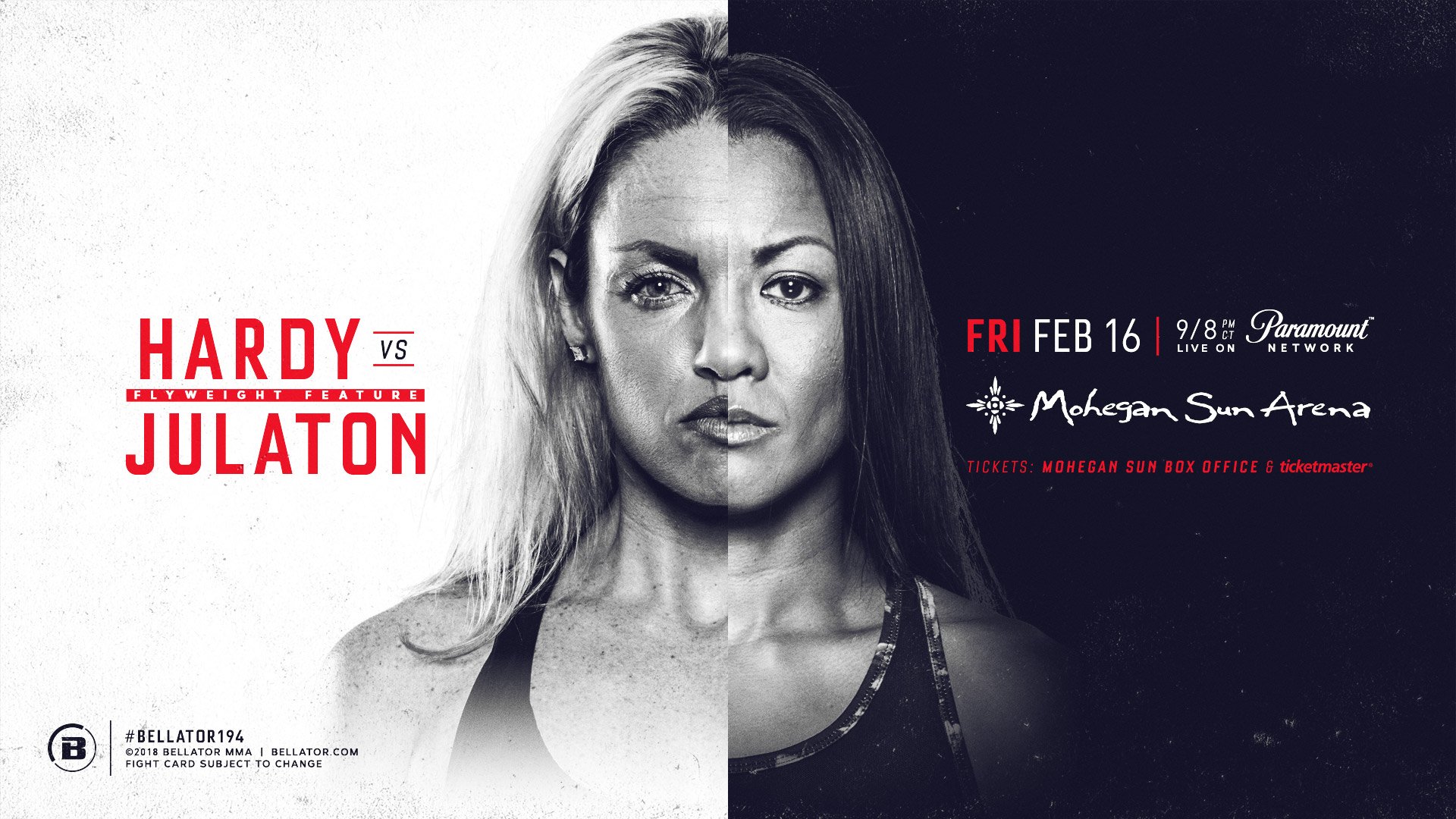 In aother marquee fight, fan favorite Heather Hardy returns to action to face Ana Julaton in what is expected to be an intriguing contest between two professional boxers.  Hardy is highly regarded as one of the best female boxers in the world and her candid interviews have made her a popular fighter among the fan base.  Julaton by comparison, is a new addition who debuted quietly in Bellator last October.  Julaton has more than twice the mixed martial arts experience as Hardy but has dropped back-to-back fights.  Hardy also lost her last bout on the same night as Julaton’s debut, where it was expected Bellator would be able to heavily promote the contest as two up-and-comers of their flyweight division.  Interestingly, Julaton has recently said that she and Hardy will have a “double-date” and also meet in a boxing match later this year.

The event will easily be the most high profile event of the next few months as Bellator’s schedule is relatively light until April.  How the organization keeps interest in the tournament as it goes on a two month hiatus is anyone’s guess.  One thing is certain, that will be much easier if this card delivers.  With what is expected to be the most competitive clash of the first round, there is full expectation that it will do so.

Matt Mitrione takes on Roy Nelson for the second time when they meet in the main event of Bellator 194. The show takes place Friday, February 16 at the Mohegan Sun Arena in Uncasville, CT. Catch the main card live on The Paramount Network (formerly Spike TV).