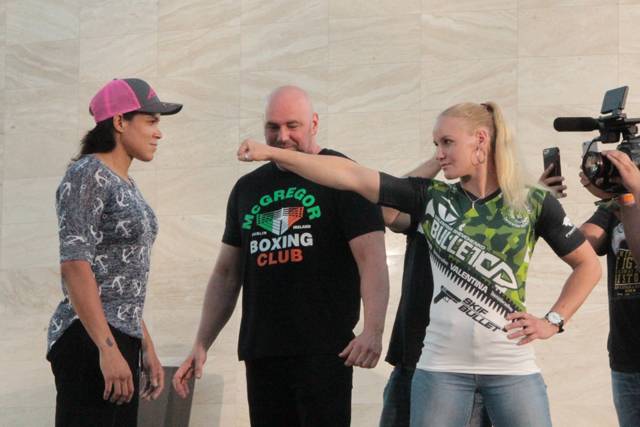 UFC 215 might have lost its main event but Cageside Press won’t cancel their staff picks.

UFC 215 might just feature the most diverse set of picks in Cageside Press’ young history. The variety of picks is certainly an indication of a well-matched main card.

Surprisingly, only two of nine writers believe Amanda Nunes will defend her title against Valentina Shevchenko. The first bout between the two was a hard-fought battle in which Amanda Nunes soundly won the first two rounds, then Shevchenko took the third round. Since it was only a 15-minute fight, Nunes went home with the victory and many fans have wondered if Shevchenko would have had her hand raised with 10 more minutes of fighting. The questions will be answered tonight.

Rafael dos Anjos will get his first top 10 test at welterweight in the form of the lanky Neil Magny, and six of the nine writers believe the Brazilian will stay undefeated at 170. RDA is coming off a solid victory over Tarec Saffiedine, while Neil Magny has not fought since defeating Johny Hendricks from his back at the end of last year.

The newest addition to the main card is a brilliant flyweight battle between Henry Cejudo and Wilson Reis. Both competitors are two of the last three men to challenge Mighty Mouse for the title, but the entire staff has sided with the former Olympic gold medalist Henry Cejudo.

Tyson Pedro will look to continue his climb up the light heavyweight ranks with his first top 10 test against Ilir Latifi. Pedro has looked great in the Octagon, finishing his first two UFC opponents heading into this bout. Latifi, on the other hand, is looking to bounce back from a tough knockout loss to current Bellator champion Ryan Bader. The writers sided with the veteran Latifi by a close 5-4 margin.

Lastly, a pair of lightweight-to-featherweight converts will open up the main card with Gilbert Melendez making his 145-pound debut against Jeremy Stephens. This bout was supposed to occur at UFC Kansas City, but has been rebooked following a Melendez injury. Stephens stayed on the card, however, and took a loss to Renato Moicano, his second straight. Similar to the last fight, Stephens is favored by a 5-4 margin. 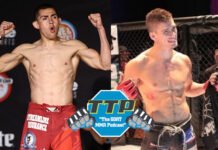 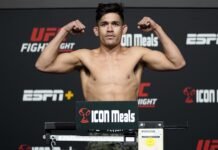 Welcome to the UFC: Mike Breeden