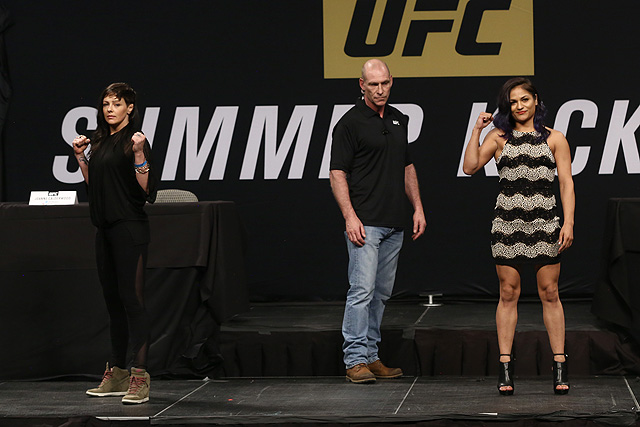 It’s that time once again to bring you our staff picks for the latest UFC event, this time UFC Fight Night 113 in Glasgow, Scotland. In the main event, Icelandic grappling standout Gunnar Nelson meets Santiago Ponzinibbio in welterweight action.

With the loss of the Amanda Nunes fight last time out at UFC 213, our writers wound up with just four picks staying valid, and most went no worse than two for two. There’s six picks to be made on the main card at UFC Glasgow, however.

Lets see who our staff are feeling this week!

The number of clean sweeps Cageside Press staff have predicted this week is unprecedented, with four of six fights being completely one sided in our writer’s opinion. Main event fighter Gunnar Nelson was a unanimous pick among our staff; perhaps some of that Irish luck has rubbed off on him. Nelson does, of course, enter the night on a two fight winning streak, with both fights ending in submission finishes.

Stevie Ray, fighting out his contract in Glasgow, is another unanimous pick for our staff, despite being paired off against dangerous lightweight Paul Felder. Will Ray feel the pressure of trying to earn a bigger contract by fighting out his deal?

The remaining two bouts saw just two writers picking heavyweight James Mulheron in his bout against Justin Willis, despite Willis’ relative inexperience at just 4-1 as a pro, plus the fact that Mulheron is fighting on home turf. In the co-main event of Joanne Calderwood vs. Cynthia Calvillo, meanwhile, our staff was a little more divided, with three writers siding with JoJo, while the rest see the bout in Calvillo’s favor.

Check back with Cageside Press come fight time for coverage of the event! 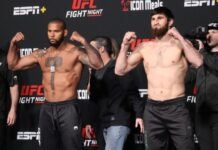 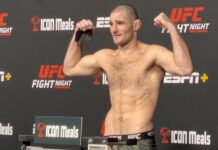