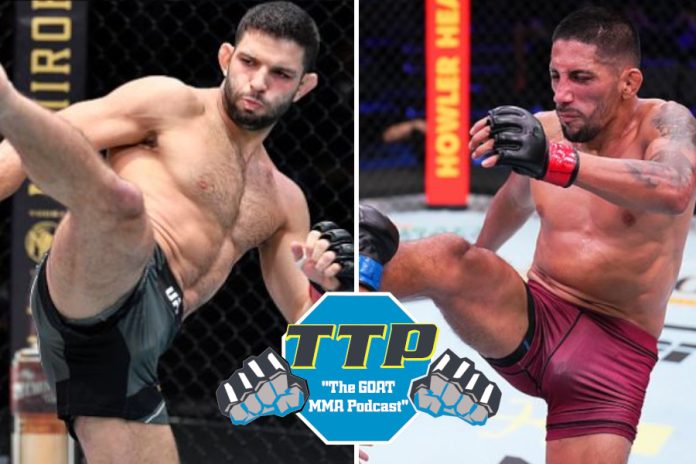 Kicking off this edition of TTP is our interview with UFC lightweight Thiago Moises. Moises discusses his disappointment with the removal of Guram Kutateladze from their scheduled UFC 283 fight. However, he also explains that he had no plans to take himself off that card, even if that means fighting a debuting fighter. Moises also shares his thoughts on the level of skill that exists on the Brazilian regional scene and in LFA. After that, he gets into the rundown of his fight against Melquizael Costa in Rio de Janeiro. Plus, he talks about why he’s not looking to rebook the fight against Kutateladze after this one.

After returning to events last week, the UFC returns to pay-per-view this week for UFC 283. The fight card is headlined by Glover Teixeira and Jamahal Hill in a battle for the vacant light heavyweight belt. Despite being the former champion, Glover enters this fight as a slight underdog. He’ll look to prove the doubters wrong yet again. We’ll be giving our thoughts on that fight as well as some of the other main card fights. Plus, as always, we’re giving you an underdog and a parlay that we think will make your wallet fat. For this segment, all odds via FanDuel Sportsbook.

Closing out this week’s edition of TTP is an interview with UFC bantamweight, Daniel Marcos. The Peruvian fighter explains the near three year layoff that is in his record and what he was doing during that. Plus, he explains how his career has changed drastically since moving to the United States and living with Charles Rosa in Florida. He also digs into the experience of being on the Contender Series and shares how elated he was to win a contract. All that, and a breakdown of his upcoming fight at UFC 283 against Saimon Oliveira.