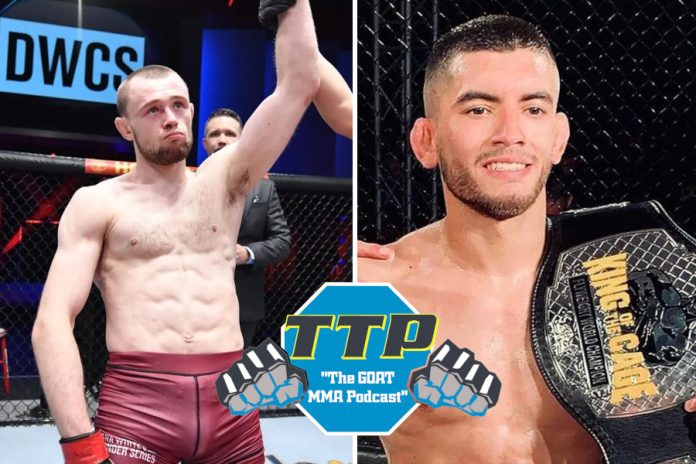 Kicking off this edition of TTP is our interview with UFC flyweight, Jake Hadley. After a disappointing debut in the UFC, Hadley talks about taking a step back and focusing on some things he needed to improve. In addition to that, he’s chatting about his upcoming bout at UFC Vegas 64. He’ll be fighting Carlos Candelario in the Apex and is sure that his American counterpart will want to bring the grappling game. Plus, not only is Hadley sharing stories of the fight game, but also the fight name. He discusses where the nickname “White Kong” comes from.

After a banger of a card in the Apex last week, the UFC is right back at it with UFC Vegas 64. Although the card has lost a fight or two, there’s still bout between strawweight contenders on top sure to get the blood pumping. Not only will the guys be breaking down the Marina Rodriguez vs Amanda Lemos fight, but they’ll hit a few more fights on the main card. Plus, they’ve got an underdog and a parlay that they think will make your wallet fat this weekend. For this segment, all odds via FanDuel Sportsbook.

Closing out this week’s edition of TTP is an interview with UFC bantamweight, Johnny Munoz. Munoz shares a lot of stories about growing up in a martial arts family. Johnny’s dad starting doing jiu jitsu in the early 90s when it looked a lot different than it does now. His mother then also became a black belt and the two co-awarded Johnny his own jiu jitsu black belt. He discusses what it was like to be in a family where training was simply not an option. He also shares a famous fighter that helped inspire his 9-year old self to go from training with mom and dad to the bright lights. 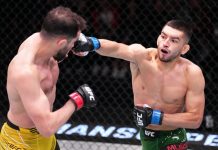