Oktagon MMA middleweight champ Patrik Kincl took all of a week off to spend with family following a big win at Oktagon 35 last month. After that, it was back to the gym, with the potential of a big fight, and big rematch, down the road.

“I had just one week off, and now I’m back in training. Just the starting phase— a little bit of cardio, weight lifting, and some drills,” Kincl (26-10, 1NC) told Cageside Press in a recent interview. “Just easy stuff for the next training camp.”

Kinck in undeniably happy with his result against Alex Lohore — “Honestly I’m very happy because I stuck to the game plan. I used some new things from training camp, so I’m so happy about it.” He’s also looking ahead to a much-anticipated rematch with Karlos Vemola.

“Yes for sure. I’m waiting for [the rematch] almost four or five years,” Kincl admitted. “It was the main reason why I signed up with Oktagon.”

Kincl and fellow Czech fighter Vemola first met in 2018, with Vemola claiming a unanimous decision win. Since then, Kincl has claimed middleweight gold in Oktagon, and Vemola the light heavyweight belt.

While there has been some talk of the rematch coming at the end of December, nothing had been set in stone when we spoke with Kincl. “It’s up to Oktagon to announce this fight, but I think I can be ready for December, for sure,” he stated. “I have just some little problems with my arm from the fight, but I think it’s nothing serious, so I think I’ll be back in one or two weeks in a full training camp. So I can make it.”

Without disclosing the malady, Kincl said he didn’t believe it was serious, but it also hadn’t been getting better, so a trip to the doctor was required. If it does turn out to be just a minor delay, Kincl is looking forward to defending his title. There will be no move up to meet Vermula at light heavyweight, he added. “It has to been in middleweight,” Kincl declared.

While Kincl has a healthy respect for his rival, it’s clear he doesn’t see Vemola as having progressed much over the years.

“In my opinion, zero. He has the same game plan, the same techniques,” Kincl replied when asked about how much Vemola had developed. “He’s good in his game, actually he’s great in his game. But nothing has improved since our first fight, and I think I have a lot of feedback from the first fight. So for sure my game plan will be a little bit different.”

Conversely, Kincl himself believes that he himself has grown quite a bit as a fighter.

“I think I changed my style a little bit, improved some ground game and some wrestling, and also stand-up game. I think I’m not completely a different fighter, but I’m different in some ways for sure.”

The need for revenge has been nagging at him for a while, Kincl admitted. In fact, the rematch matters more to him more than the title.

“Definitely it bothered me. In the first fight, I got an eye poke in the second round, and I couldn’t show how good I am as a fighter. It bothered me the most,” Kincl explained. “The rematch is big motivation for me. I don’t care about the belt, about the fame. Most important for me is the rematch, and to show my skills in the octagon.” 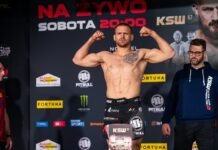 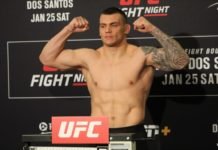