It was almost a lock after her performance at LFA 142 earlier this month — and now LFA strawweight champion Jaqueline Amorim is in the UFC.

Amorim (6-0) defeated Canada’s Ashley Nichols to defend 115lb gold at the event in Prior Lake, Minnesota, notching her sixth straight win. All six of those victories have come inside the distance, with five of them ending in some form of submission.

There was little doubt that the UFC would take notice, and on Wednesday, Brazil’s Amorim announced she had signed with the promotion.

“It’s official!! Ya girl is in the UFC!!” an elated Amorim wrote in a statement on social media.

“It’s a beginning of dream coming true,since I started BJJ when I was 6 year old and I used to watch mma on the tv with my dad, I knew I wanted to do this to my life and the day is finally here,” she continued. “Thank you my management team and my coaches, you guys are awesome! We trusted the process and paid off.”

“Thank you UFC for the opportunity I can’t wait to fight under the big lights!!”

No debut date or opponent has been revealed for Jaqueline Amorim, but she figures to be an immediate player in the promotion’s 115lb weight class. 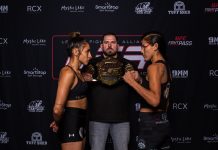 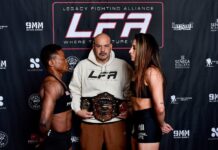