UFC 279 wasn’t the only game in town for MMA fans on Saturday, as Poland’s KSW brought a solid card to fight fans earlier in the day.

KSW 74 saw heavyweight champ Phil De Fries looking to make the seventh straight defense of his title, against Brazilian grappler Ricardo Prasel. England’s De Fries entered the fight in the midst of a remarkable run that had seen him win nine straight fights overall; come Saturday in Ostrow Wielkopolski he would be looking for number 10.

Prasel, a Dana White’s Contender Series and RIZIN Fighting Federation alum, earned his shot at gold care of back-to-back wins under the KSW banner. The most recent had come against UFC vet Daniel Omielańczuk.

De Fries was far from the only recognizable name on the card however. UFC vet Tom Breese was also in action, making his promotional debut against Polish Olympic bronze medalist Damien Janikowski. 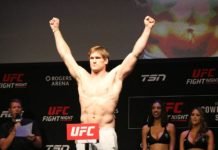 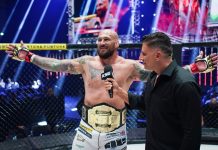 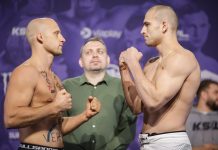