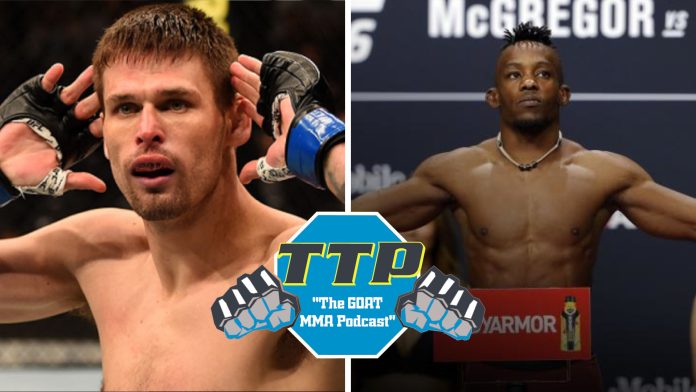 Kicking off this week’s show is an interview with Tim Means who is preparing for his upcoming UFC Austin main card fight with Kevin Holland. He talks about the fun fighting style Holland brings, but how he plans on approaching it. He also discusses the crazy trash talk from Holland in and out of the cage and how he personally deals with that. Plus, Means discusses plenty of things from the year he’s had outside of the cage. He shares how he’s advanced his game since then. He also discusses getting into coaching high school wrestling along side of his wife.

After an absolutely wild week in the UFC, they’re right back at it. UFC Austin comes to you live this weekend in front of a live crowd in the lone star state. Featherweights will take the main stage with Calvin Kattar and Josh Emmett closing out the show. There’s also an exciting veterans’ clash between Donald Cerrone and Joe Lauzon. We’ll be breaking down these two and more as part of our favorite segment on the show. Plus, we’ll dig into an underdog and a parlay that should make your wallet fat this upcoming weekend. For this segment, odds via FanDuel Sportsbook.

Closing out the show is our interview with flyweight Ode Osbourne. He may not be fighting at UFC Austin, but he is fresh off of a win over Zarrukh Adashev at UFC Vegas 55. The KO netted him a smooth 50k, and we chat about what is in store for that extra cash. Plus, we discuss his choice to call out fellow winner UFC Vegas 55 winner Jeff Molina. And, of course, we discuss a bit about his move to Syndicate MMA and how John Wood is putting him in a place to succeed. 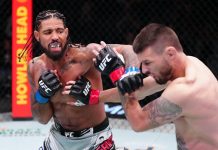