The Professional Fighters League’s 2022 season continues next month, with the previously announced PFL 4 kicking off the second half of the season. On Thursday, league officials announced PFL 5, revealing the full line-up for the card, expected to take place on June 24.

Outside of that 155 pound affair, the rest of the PFL 5 card will consist of heavyweights and featherweights.

Pettis (25-12) submitted Myles Price in his season opener, shooting to the top of the lightweight division rankings with six points. Ray (23-10) dropped a unanimous decision to Alexander Martinez, in his first fight since a 2019 win over Michael Johnson under the UFC banner. Ray will need a big finish come June 24 if he hopes to still be around in the post-season.

Cappelozza (15-5), a RIZIN vet, has yet to lose a fight in the PFL. After winning all four of his fights last season, the Brazilian kicked off his 2022 campaign with a TKO win over British heavyweight Stuart Austin. But while Cappelozza picked up six points, he’s technically in third place, as two other fighters also found first-round finishes, quicker than the defending champ did.

Scheffel (15-8) fell to Ante Delija in his first fight of the season.

A full five fighters including Sheymon Moraes and Brendan Loughnane sit with three points in the featherweight division, meanwhile.

PFL 5 takes place on June 24, 2022 at the Overtime Elite Arena in Atlanta, Georgia. The event airs live on ESPN and ESPN+, as well as on TSN in Canada. 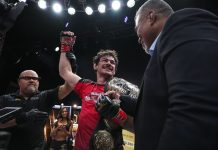 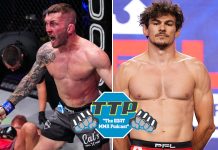