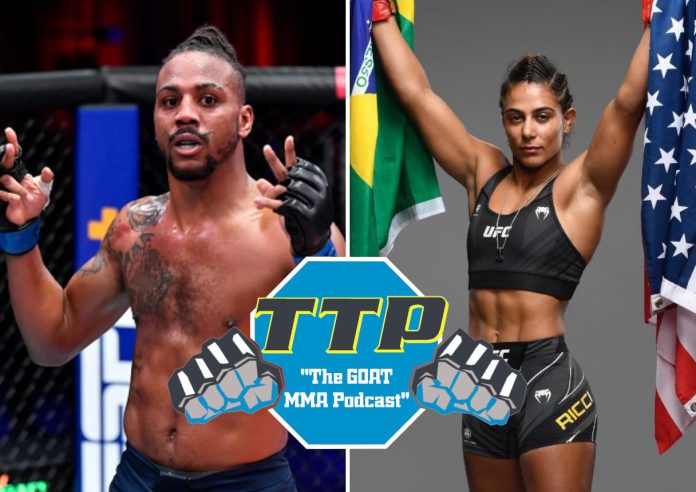 Kicking off this week’s TTP, we’re chatting with the man simply known as Ugly Man Joe. The UFC middleweight shares the story of his epic as hell mustache and why it wasn’t even his first choice of a look for himself. He also talks about his four-year old tweet about Jake Paul, and why he still leaves it up as his pinned tweet. And, of course, we’re also talking about his upcoming fight at UFC Vegas 55. He’ll be fighting Alen Amendovski as part of the prelims and will be looking to right the wrongs of his debut.

As always Gumby and Shockwave are back at it with their picks for UFC Vegas 55. This week’s card is headlined by a bantamweight tilt between Holly Holm and Ketlen Vieira. The guys will break that and a few more main card fights down as part of their favorite segment on the show. Plus, they’re digging into an underdog and a parlay that they think will make your wallet particularly fat this upcoming weekend. Don’t forget to ride along with all of their picks and hit the show up on Twitter if they did you right or they did you dirty. For this segment, odds via FanDuel Sportsbook.

Closing out the show this week is Brazilian strawweight Tabatha Ricci. She talks about the joys of getting her first ever win and how she’d rather not ever go back to flyweight. However, she does suggest another weight class that she might want to give a try at some point. She also talks about the grappling of her UFC Vegas 55 opponent, Polyana Viana. She feels that her opponent is strongest on the mat, but Ricci never backs away from the hardest challenge she can find. 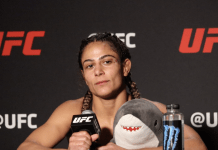 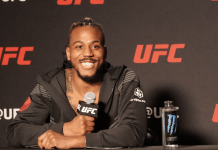