After a successful pay-per-view event in Phoenix, Arizona, the UFC returned to the Apex for UFC Vegas 54. They brought a card that wasn’t the best on paper, but it ended up being a good one. The event saw a number one contender for the light heavyweight belt decided, albeit after a freak injury.

Who should the winners fight next? Keep reading

While it wasn’t a great ending to UFC Vegs 54 as Aleksander Rakic was injured, Jan Blachowicz got the win nonetheless and got back into the win column. The Polish fighter put himself in a position to rematch Glover Teixeira later this year, and the current champ agreed with the match-up. As the No. 1 ranked light heavyweight, he makes an excellent case for a rematch. If Magomed Ankalaev finishes Anthony Smith at UFC 277, the Russian could leap-frog Blachowicz, but now we’re really future matchmaking.

Blachowicz’s next fight: Winner of Glover Teixeira vs. Jiri Prochazka

After suffering his first UFC main event loss, Ryan Spann picked up a win over Ion Cutelaba in the UFC Vegas 54 co-main. After the fight, in his post-fight interview, he told Cageside Press that he doesn’t even want to think about fighting or a potential next opponent until he works on his mental health.

Nothing but respect for being honest about that stuff. So, with his timetable up in the air, a fight with Dominick Reyes makes sense because the two-time light heavyweight title challenger wants to return in quarter four.

Davey Grant snapped his two-fight losing streak by knocking out Louis Smolka in what was an awesome fight. Grant has now knocked out his opponents in his last three wins, after starting his career as a submission artist. Cageside Press asked him after his fight if he was interested in a fight with Kyler Phillips, and he said absolutely. So, book it.

Katlyn Chookagian spoiled Amanda Ribas’ return to the flyweight division by defeating her via split decision. That is four straight wins for the “Blonde Fighter.” Chookagian already has her next fight booked more or less. She called for Manon Fiorot and is willing to face the French standout in Paris, France, in September. Fiorot also wants the fight.

Welcome to the UFC, Manuel Torres. What a debut it was for the Mexican fighter. He knocked out Frank Camacho in the first round. Torres holds a 100% finish rate with 13 first-round finishes, so a fun fight will ensue no matter who he is matched up with. A fight with Jamie Mullarkey would be a striker’s delight.

Allan Nascimento picked up his first UFC win by spoiling Jake Hadley’s UFC debut and handing him his first loss. The Brazilian is now 1-1 in the UFC. For his next outing, he should look to fight Carlos Hernandez, who was victorious in his UFC debut back in February. 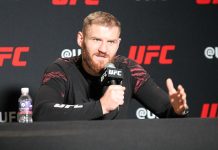