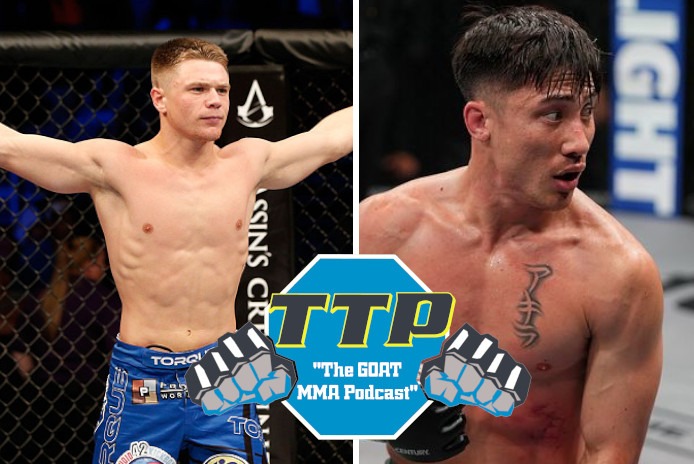 Before we get into the UFC Vegas 53 content, we kick off the show with a little PFL love. Fighting at PFL 2 this week is Chris Wade, who stopped by to chat with Gumby about the tournament. He talked about the heartbreak of coming within one fight of the million dollars and the title. He also shared why the time off between fights can be both a blessing and a curse in these situations. Then, he digs a little into how he sees him upcoming fight with former PFL champion Lance Palmer shaking out.

As always, Gumby and Shockwave are giving you their thoughts in this weekend’s UFC Vegas 53 card. The card will be headlined by a bantamweight bout between Rob Font and Marlon Vera. The guys will give you the lowdown on that contest and also break down some of the other action at the top of the card. Plus, if that’s not enough to get you in the door, they’re also hitting you with some plus-money picks. They’ve got the underdog and parlay to make you wallet fat at this event. For this segment, odds via FanDuel Sportsbook.

To close out this week’s show, we talk to another fighter on Thursday’s PFL 2 card, Boston Salmon, who fights Sheymon Moraes. He talks a bit about how he sees that fight going down, but also about a number of other topics. Among those topics is his recovery from a brutal illegal knee that sidelined him for some time. Plus, how hard it was to be out of the cage when that’s where he really feels he belongs. Also, he digs into his thoughts on the difference between how he looks, feels, and fights at featherweight (his new home) versus bantamweight (where he had fought for years).