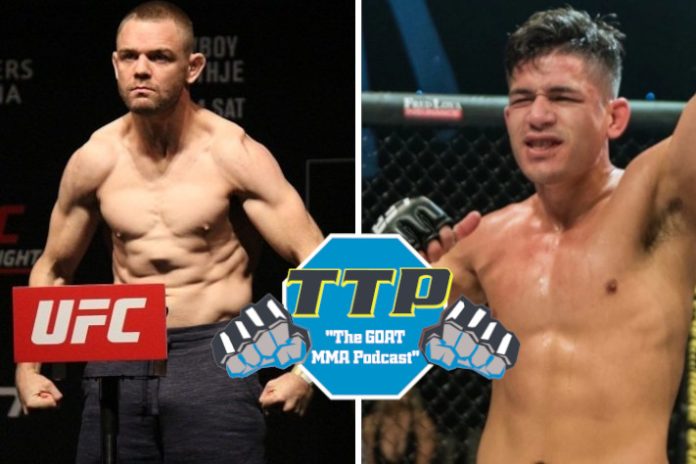 Kicking off the show this week is an interview with Tristan Connelly. While Connelly won’t be fighting at UFC Vegas 52, he does fight next week at UFC Vegas 53. We talk about that fight and getting to opportunity to fight a legend in Darren Elkins. Plus, we discuss the injury that took him out of another big spot against Makwan Amirkhani and the subsequent surgeries that came from it. All that, plus we get into the origins of the nickname Boondock, which is a little away from where you might imagine it comes from.

After another big week for the boys with their picks, Gumby and Shockwave are back at it again. This time, they are breaking down UFC Vegas 52, which is headlined by former champion Jessica Andrade and Amanda Lemos. They log their picks for that fight as well as two other main card fights. Then they get into the nitty gritty of the card and find some gems that should make your wallet fat this weekend. Don’t miss their underdog plays or their big parlay, both ready to rake you in plus-money. For this segment, odds via FanDuel Sportsbook.

We close out this week’s show being joined by Mike Breeden. Breeden shares all the craziness that surrounded his short notice debut, which included eating a piece of cake when he found out he’d be fighting. While that bout with Alex Hernandez didn’t go his way, he’s excited for his sophomore effort – which comes a week after UFC Vegas 52 at UFC Vegas 53. He will be fighting Natan Levy, a highly touted karate expert. He shares why he loves that matchup here and breaks down the fight in its entirety.