The PFL Challenger Series was back in action on Friday, March 11 at Universal Studios in Orlando, Florida.

For PFL Challenger Series 4, it was the featherweight division taking center stage. In the main event of the four-fight show, EFC Featherweight Champion Reinaldo Ekson was paired up with Mike Barnett — who boasted eight knockouts among his eleven wins.

A familiar name to UFC fans would also be fighting at the PFL Challenger Series 4 card. Boston Salmon had won his way into that promotion on Dana White’s Contender Series in 2017 — then waited nearly a full two years to finally make his debut in the big show. Things did not go as planned, with Salmon losing back-to-back fights in 2019 and immediately being handed his walking papers.

In 2020, he returned to action on the regional circuit, picking up a DQ win due to an opponent’s illegal knee — but had not fought since. Friday on the Challenger Series, he was paired up with South Korea’s Do Gyeom Lee, a UAE Warriors veteran.

Full results from PFL Challenger Series 4, which airs on Fubo TV, can be found below. The event gets underway at 9PM ET. 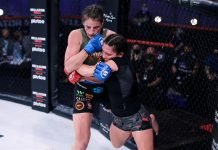 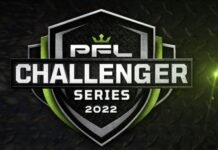 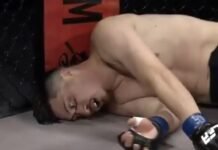