Lightweight action has joined the UFC’s May 21, 2022 show, as Omar Morales and Uros Medic are set to face off at the Fight Night event.

Both fighters confirmed the match-up via social media on Wednesday, following an initial report by Triangle TV.

Morales (11-2) won his way into the UFC by way of Dana White’s Contender Series in 2019. The 36-year old Venezuelan won his first two fights with the promotion, before posting a 1-2 record across his last three.

Most recently, Morales came up short against Jonathan Pearce at UFC 266 last September, ending up submitted in a second-round rear-naked choke.

Serbian Uros Medic (7-1) also arrived in the UFC via Dana White’s Contender Series. The 28-year old picked up a win on the show in 2020, then won his promotional debut against Aalon Cruz care of a flying knee.

In his sophomore outing, “The Doctor” fell to Jalin Turner, submitted within a round.

The UFC’s May 21, 2022 Fight Night event does not have a venue, location, or broadcast plan officially announced. The following bouts have been reported for the card thus far: 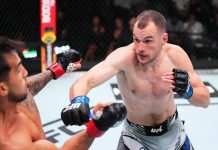 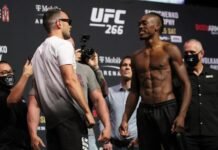