Uncasville, CT – There are upsets and there are 3-1 odd upsets where the underdog is not supposed to have a chance against the favorite. Nobody told Bellator lightweight Bobby King that.

“Man I feel great, I feel so good. I knew he was in here, I knew he had the hype behind him, blowing him up. I wanted to come in and stop the fight wanted to stop him in his tracks tonight. He kept calling himself ‘The King’. That’s my name, don’t take my name. So what Kings do, we come here and we take crowns. I just took his crown tonight,” King said at his post-fight media scrum following his bout at Bellator 274.

King was able to hurt Aviv Gozali in the first round with just under 2:30 left in the round and spent the rest of the round landing massive shots on his opponent. In between rounds the referee requested that a doctor check on Gozali. After a couple minutes of testing the doctor called the fight off.

“My last fight I kind of held back a little bit. Kind of waited, and that third round in my last fight I came out and I knew that’s how I should come out every fight. Come out banging let them know why I’m here. I know why I’m here, I know I deserve this, I worked my whole life for this. I wanted to go out there and show it tonight.”

With a big upset victory comes the vision for what is next.

Watch the full Bellator 274 post-fight press conference with Bobby King above. More coverage from the event can be found below. 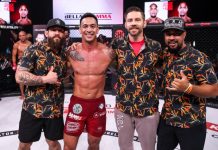 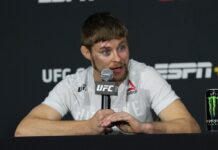