The PFL Challenger Series kicked off on Friday, with light heavyweights in the spotlight in the inaugural event.

PFL Challenger Series 1 offered a tantalizing opportunity for one of the night’s winners to either join the Professional Fighters League’s 2022 regular season, or else earn a developmental deal and a shot at a future PFL season. Among the notable names on the inaugural PFL Challenger Series card was LFA double champ (middleweight and light heavyweight) Josh Silveira, who had signed on with the league earlier this year.

Also in action Thursday was Germany’s Alexander Poppeck, a Dana White’s Contender Series veteran who had lost to current UFC standout Jamahal Hill on the show. Since that defeat, Poppeck had won all three of his subsequent bouts, with two finishes. He was paired up with American Taylor “Tombstone” Johnson, a fellow DWCS vet, who had also fought for Bellator MMA and LFA. 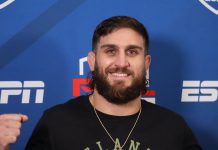 PFL 4’s Josh Silveira on Love of Fighting: “Nowhere Else I’d Rather Be Right Now” 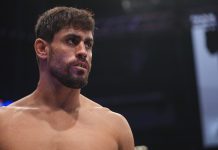