With The Ultimate Fighter 30 launching in May, featuring coaches Julianna Pena and Amanda Nunes at the helm, we’ve got you covered with a breakdown of the cast. If you missed it, be sure to check out our look at the heavyweights.

Coates has a boxing background and that’s what she’s been so far in her MMA career: a boxer. At time she will get takedowns but if anything she definitely doesn’t want to be there.

Coates does have a good jab and has some real pop in her hands. Probably some opponents will be able to beat her on volume, but trading in the pocket, Coates is dangerous. Seems like the path to victory is to take her down. As soon as Caitlin Sammons took Coates down she immediately took the back and finished with the RNC. That is concerning if Coates hasn’t worked on her takedown defense. 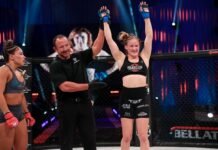 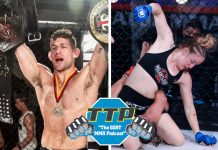